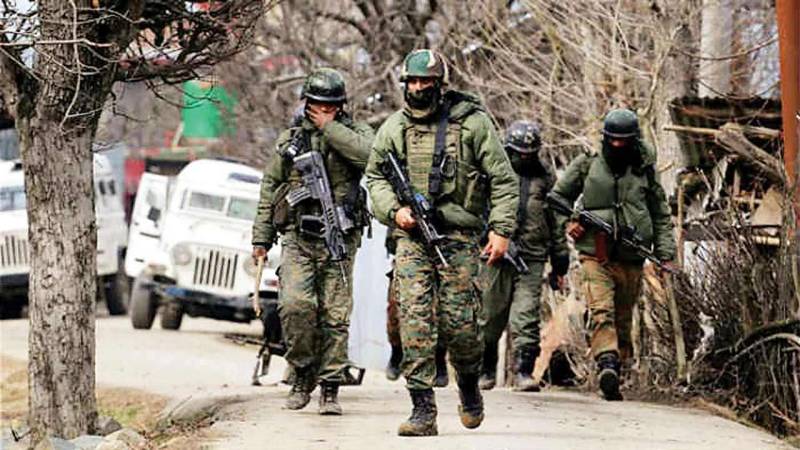 SRINAGAR – Indian troops in their unabated acts of state terrorism have killed three youth in the occupied region of Jammu and Kashmir, the Radio Pakistan reported on Sunday.

The troops killed two youth in a fake encounter in Kathua district on Thursday, while another youth identified as Akhlaq Ahmad Khan, was picked up by police from a market and was killed a few hours later at Janipur police station in Jammu city.

The Indian authorities had not made the Thursday’s killings public as yet.

ISLAMABAD - Prime Minister Imran Khan Saturday while completely ruling out any prospects for a resumption of dialogue ...

Meanwhile, Kashmir valley and parts of Jammu region continued to remain under military siege for 42nd consecutive day with all shops, markets and business establishments closed while public transport off the roads.

Besides, communication services including mobile, internet and TV channels are snapped from 5th of August, the day India scrapped Kashmir’s special status.

The clampdown has also caused a severe humanitarian crisis as there is acute shortage of daily commodities like food stuff, milk and life-saving medicines in the territory.

As many as 15 leftist and Sikh organisations in Punjab have jointly condemned Indian government’s decision to revoke Jammu and Kashmir’s special status and divide it into two Union territories.

The development is much significant as these organizations never shared dice over the past three decades. However, under the banner of ‘Solidarity Committee for Kashmiri Struggle’ they have also supported the right to self-determination of the Kashmiri people.

The Occupied Kashmir has seen an average of nearly 20 protests per day against Indian occupation over the past six weeks despite the military siege to quell unrest.

An international news agency said quoting a government official that despite curfew, movement restrictions and the severe curtailment of internet and mobile phone services, public demonstrations against India are constantly being held mostly in the largest city Srinagar.

The official said altogether there have been 722 protests since August 5, with Baramulla district in the northwest and Pulwama in the south the biggest hotspots after Srinagar.

Since that date, nearly 200 civilians and 415 forces’ personnel have been hurt, it added. Ninety-five of the civilians were injured in the last two weeks.