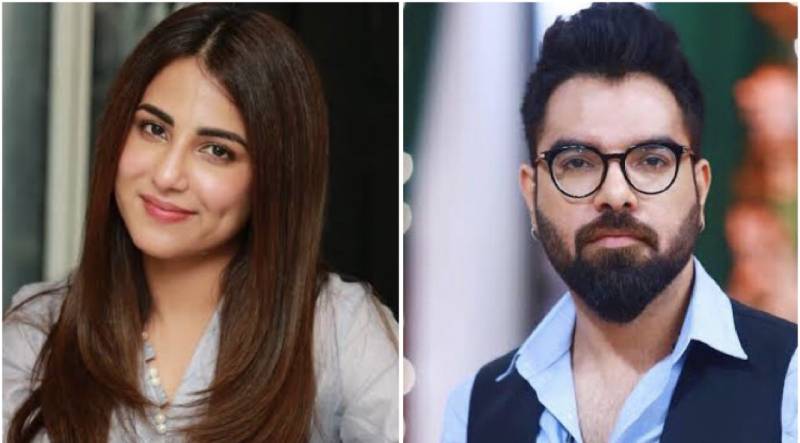 Many celebrities aren't sitting around in silence any longer.

It’s not every day that you see Pakistan's biggest celebs strolling down the street in Karachi, but one of the more pleasant symptoms of Imran Khan's government is that we are witnessing celebs actually take a stand.

The protest was not only in response to the horrendous motorway rape case but also Marwah's rape, killing of Shakeel alias Gul Panra and so many others in recent days.

Standing at the forefront of these protests outside the Karachi Press Club were prominent names such as Mahira Khan, Ayesha Omar, Sarah Khan, Adnan Siddiqui, Bushra Ansari, Maheen Khan, Sarah Khan, Sarwat Gillani and Yasir Hussain among others.

Another detail about the protest has been revealed by actor Ushna Shah. The starlet took to social media to credit Yasir Hussain for his single handed efforts in organising the anti-rape rally. 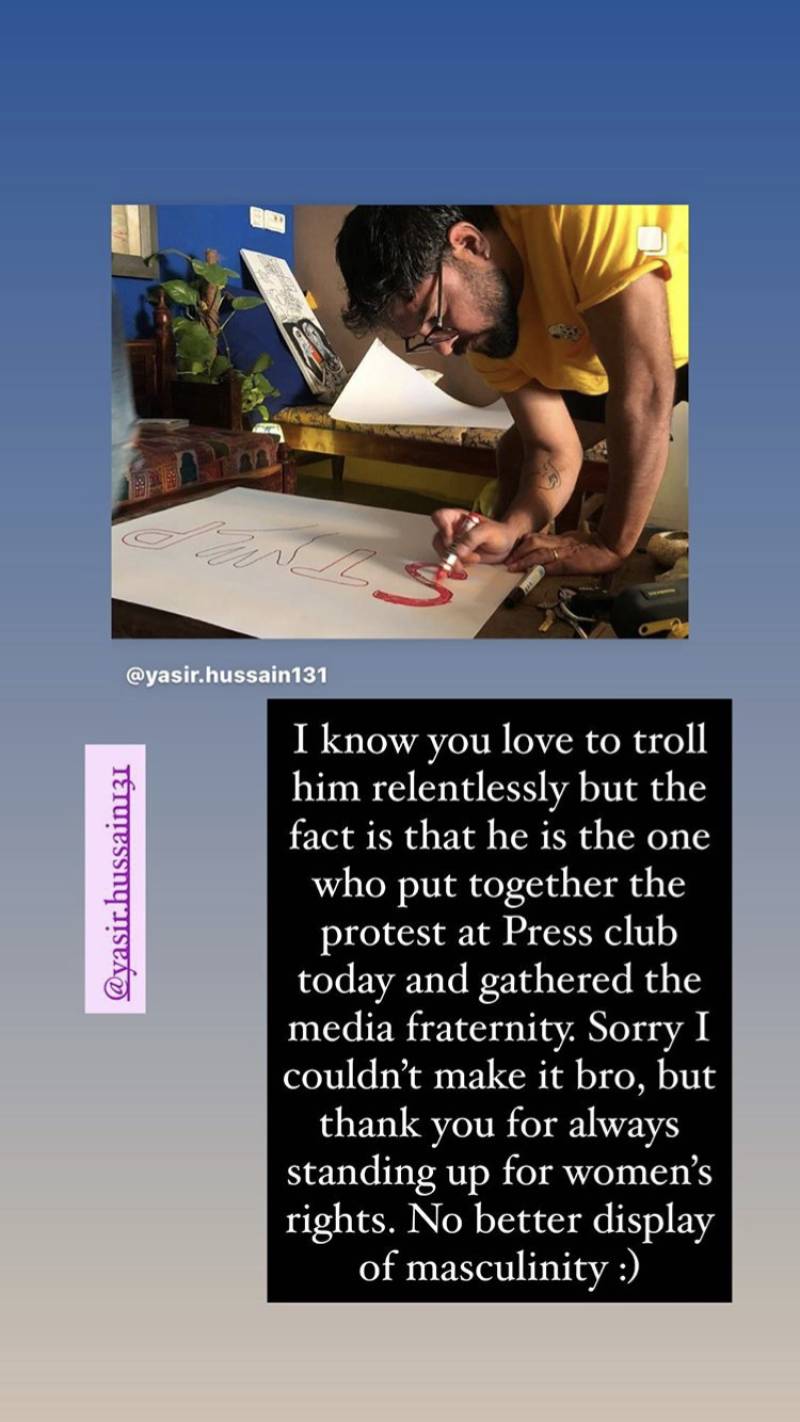 Sharing a picture of Yasir preparing his posters for the protest, Shah said, "I know that you love to troll him relentlessly, but the fact is that he is the one who put together the protest at Press club today and gathered the media fraternity."

"Sorry i couldn't make it bro, but thank you for always standing up for women's rights. No better display of masculinity." she concluded.