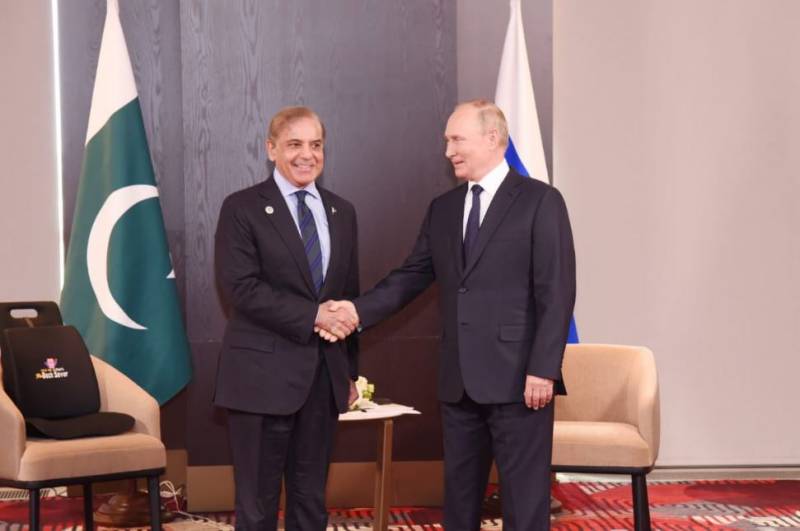 TASHKENT – Pakistani Prime Minister Shehbaz Sharif on Thursday met Russian President Vladimir Putin in Samarkand, during his two-day visit to attend the annual meeting of the heads of state of the Shanghai Cooperation Organization (SCO).

During the meeting, Russian President Vladimir Putin expressed his willingness to supply gas to South Asian country. Pipeline gas supplies to Pakistan were possible and that part of the necessary infrastructure was already in place, Putin said.

Recalling bilateral ties with Pakistan, the Russian president termed Islamabad a priority partner in Southeast Asia and Asia as a whole, saying relations between the two sides are developing positively.

He also expressed condolences over the loss of life from natural disasters, and the unprecedented flooding in Pakistan.

Earlier, Prime Minister Shehbaz reiterated Pakistan’s commitment to the ‘Shanghai Spirit’. He said, “Mutual respect and trust can be the bedrock of shared development and prosperity”.

PM added that “The global economic turbulence has necessitated the need for more cooperation among the SCO member countries. The SCO vision represents the aspirations of 40 percent of the world population”.

Member countries will deliberate on important global and regional issues, including climate change, food and energy security, and sustainable supply chains. They will also approve agreements and documents that will chart the future direction of cooperation among the SCO member states.

SCO leaders would also approve agreements and documents that would chart the future direction of cooperation among the organization's member states.