First poster for late Chaudhry Aslam's biopic is out! 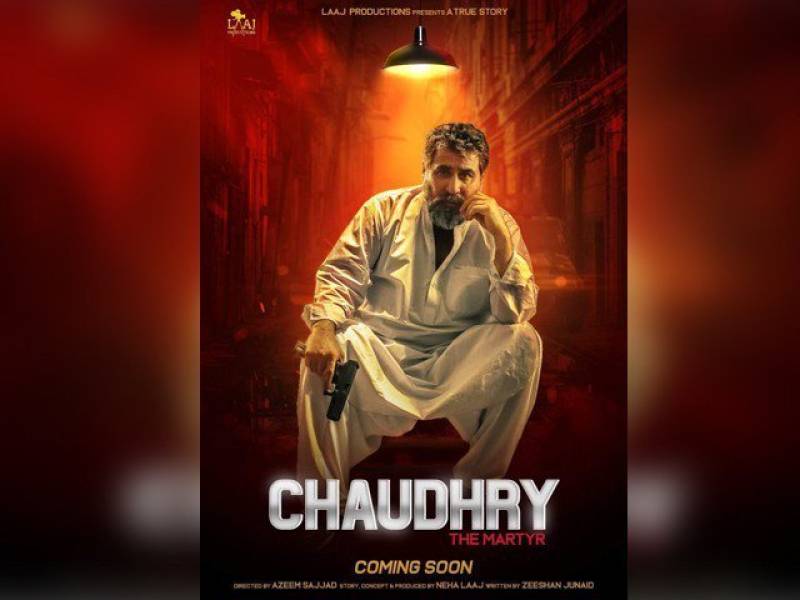 KARACHI - The makers of a biopic based on the life and times of Pakistan's highly revered  Senior Superintendent of Police (SSP) late Chaudhary Aslam have released its first look and it is intense.

The movie also stars  Arbaaz Khan in the role of SSP Rao Anwar. According to sources, 90% of the movie's shooting is done in Karachi while the rest 10% in Abbottabad.

The film will also showcase some important incidents that have occurred in Karachi involving SSP Aslam. To show Chaudhary Aslam’s real struggle in the movie, the actors are getting trained under the Services of Special Unit (SSU).

Here is the first poster for upcoming Chaudhry Aslam's biopic :

First look of #ChaudhryTheMartyr A Film by #AzeemSajad based on the life of SSP Chaudhry Aslam. Coming Soon..! #SupportPakistanFilmIndustry

A post shared by SUPPORT PAKISTAN FILM INDUSTRY (@supportpakistanfilmindustry) on Apr 14, 2019 at 1:02am PDT

Aslam joined the Sindh Police force in 1987 as SHO and served in several police stations across Karachi and in Balochistan due to provincial allocation. Chaudhry Aslam gained fame after working as an encounter specialist from 1992-1994 and 1996-1997. Chaudhry was suspended and came back to service in 2004 and was given the of eradicating target killers. Later he was ordered to lead the LTF (Lyari Task Force) and end the gang war in Lyari Town.

On 9 January 2014, he was martyred in a bomb blast carried out by Tehrik-i-Taliban Pakistan. During his lifetime, the police officer had left no stone unturned in his pursuit to defeat the Taliban, especially in a sprawling urban center like Karachi .

Currently, there is no definitive release date set for the highly anticipated film . However, sources reveal that it is set to hit theaters next year.