Dear world, how is the lockdown going? 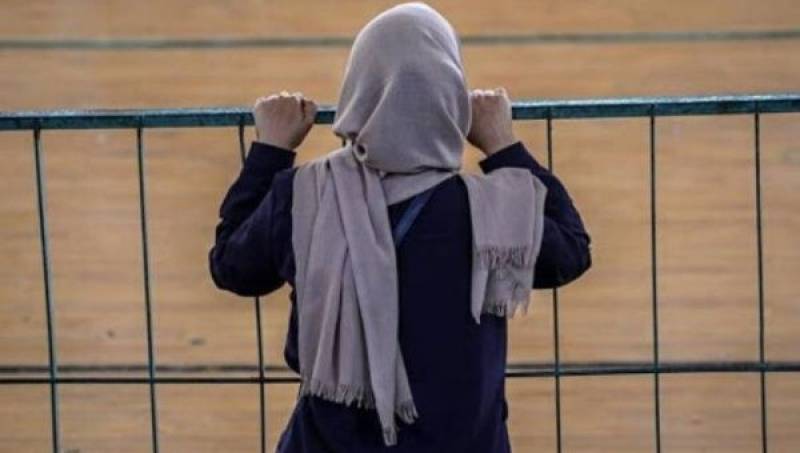 The title of this article has been picked from a tweet that went viral a few weeks ago. It gives me goosebumps whenever I thought of atrocities and brutalities of state terrorism on Kashmiri’s. Though this tweet is ironic a bit in the context of current lockdown situations across the globe in the wake of the current novel COVID-19. However, it recapitulates the dejection and sufferings of persecuted people in IOK who are under a stringent lockdown for more than 8 months.

The relentless coronavirus brought enormous human, social and economic disruption rampaging beyond China and East Asia including South Korea, Japan, and Southeast Asia to swamp Italy and Europe, North America, Central America, and South America. The world has shifted to crisis mode. COVID-19 is putting an unparalleled strain on the health system and shattering economies along its path. Everybody is concern about their survival. As no vaccine is available to win a war against its deadliest attacks except the four walls of the house. The major fallouts of this deadly virus are yet to appear in the coming days.

“It is imperious for Pakistan that the case of Kashmir should not be lost in the era of COVID-19 as that will have serious implications on the security policy of the country.”

Let me take you to Indian Occupied Kashmir (IOK) where the curfew has not been enforced the first time. It has been more than seven decades they are under a horrendous lockdown. On 5 August 2019, Modi revoked Article 370 and 35A of its own constitution to deprive people of IOK of their special constitutional status and since then they are in lockdown. They have been deprived of adequate education, health facilities, and civic facilities in the hot-blooded valley for more than 8 months. I am writing this with a heavy heart that the mass killings, forced disappearances, torture, rape and sexual abuse to political repression and suppression of freedom of speech in the world’s largest prison are very common to them.

The current contagious virus has added insult to injury. One cannot expect from Indian leadership to behave responsibly in the face of COVID-19. The prolonged lockdown and restrictions in the valley leading IOK towards humanitarian crisis. According to Foreign Office Spokesperson Ayesha Farooqui, “So far 170 coronavirus cases have been reported in the occupied valley and five people have been passed away from the virus.” The champion of democracy imposed a communication and media blackout in the valley ever since. Due to which the Kashmiri’s have not known anything beyond their walls.

Furthermore, the introduction of “Jammu and Kashmir Reorganisation Order 2020” which is an attempt to illegally change the demographic structure of IOK added more despair.  The situation is very grim in IOK. Although, Special Assistant to Prime Minister on Health Dr Zafar Mirza raised his concern during the recent SAARC video-conference and said that, “In view of the health emergency, it is imperative that all the restrictions in the disputed territory of Kashmir must be lifted immediately, opening up communication and movement would facilitate dissemination of information, allow distribution of medical supplies and enable containment and relief eﬀorts to proceed unimpeded.”

Pakistan has pursued aggressive diplomacy from UN speech to other diplomatic efforts. But, it has not shown any positive outcomes yet. There is a dire need to manipulate the current world pandemic crisis for the people of IOK. The tweets are not good enough to end the disturbing situation.

Alongside, the champions of democracy, the world’s Muslim leaders and above all United Nations always raises concerns. The United Nations Human Rights Council also raised serious concern about abuses by security forces, but nothing has changed for the poor Kashmiri’s. As once my professor said in a class that, “Economic Rationale is the biggest Rationale.”

Why the world is not listening? It is time to act now. UN needs to take action on their resolutions in true letter and spirit. By putting their economic interest on the backburner, Muslim leaders should utilize the forum of OIC and combine their efforts to speak with one voice to safeguard the Kashmiri’s and put pressure on Modi to lift the curfew promptly. Mr. Trump has many times spoke for the mediation, but never make headway on it. Khan needs to grab this opportunity with both hands. The commissions on human rights should play a constructive role to protect people from contagious viruses.

The benign genocide by Modi, stories of torture and arbitrary arrests and above all the current corona crisis with reducing the focus of the international community adding more devastation and despair.  Hence, the current lockdown in the world is not comparable with the lockdown enforced by India in IOK. The latter is more callous and intense than the former.

It is imperious for Pakistan that the case of Kashmir should not be lost in the era of COVID-19 as that will have serious implications on the security policy of the country. As the whole world is cooperating and assisting each other to combat this deadly pandemic, they should not forget the alarming situation of millions of Kashmiri’s which is only going to get dreadful.

The is a writer student of MS Management Science-Riphah International University, Islamabad.