Child Labor in Pakistan: What Imran Khan must do? 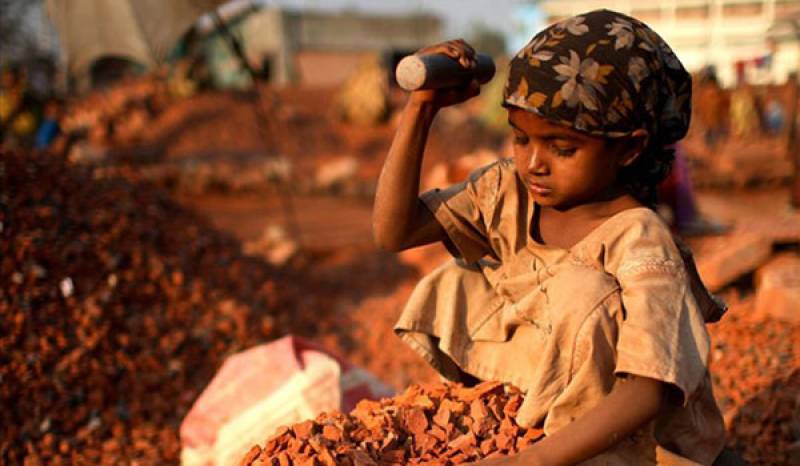 After many decades of the creation of Pakistan, a glimmer of hope has emerged in the minds of people. While recently elected Prime Minister Imran Khan was delivering his maiden speech to his fellow countrymen, many couldn’t control their emotions. The contemporary generation had never even thought that he will talk about the poor, the suppressed and the deprived. The PM talked about the impoverished who hardly manage to have one meal in a day.

In the wake of PM’s commitment, it is expected that working children, the most vulnerable segment of our society, will have a chance of living a normal life. A life which will let them study, play and eat instead of a life full of exploitations and sexual abuses.

What Imran Khan and his team have to do if they are committed to rid the menace of child labor from Pakistan? To answer this is simple since many a time child labor has been alleviated in words but when it comes to actions, the minarets built through eloquence turn into dust in no time.

It’s unfortunate that child labor exists throughout the world even after the presence of multiple laws precisely legislated to eradicate it. Pakistan is one of the most dangerous countries for children: apart from the dangers faced well before the birth by our babies, the plight of living in poverty forces the already undernourished children to be economically active to help their families.

The main reasons forcing children to work are limited excess to education, poverty and injustice. In addition, previous regimes’ disinterest also played a major role in facilitating the child labor. According to different sources more than 10 million Pakistani kids, have to work to help their families at school going age.

Child labor has been controlled to some extent by legislation in the sophisticated areas but the conditions are not ideal. Even today, most of the domestic servants in formal sectors are children. Many before the age of 6 are sold as domestic workers only for sixty to eighty thousand rupees for one year. These home servants are dealt as slaves who don’t have any rights. Working 24/7 becomes their fate since the buyers take them as a purchasable item instead of a human being. They wash cars outside the houses during scorching hot summer days. They face barbaric behavior of the buyer and his family. They are frequently sexually abused by masters and even by people living in surrounding like shopkeepers and fellow grownup servants.

Whereas the predicament of children dwelling in unmonitored, informal and rural areas is unfathomable. The majority of Pakistani children have to toil in agriculture sector without any compensation. These innocent kids work as slaves, day in and day out. For them human rights, play and education are unimaginable.

Appallingly, Pakistani children are suffering. The atrocious social behavior prevents our kids from enjoying the beauties of childhood. Innocence departs leaving them to grapple with a society always ready to exploit the inexperienced minds. Kids at a very early age have to work at workshops where apparently, their bodies are blackened by grease but inwardly their souls, minds and hearts are also polluted. A majority of youth under 14 years of age works as conductors where they are not only abused linguistically but sexually as well, likewise is the condition of children working at roadside-hotels.

The prevalent circumstances are terribly hostile. We as a society have become indifferent since nothing can change us, not even a very young child in search of a meal on a pile of garbage. Throughout the country, children aged less than 10 years are seen extracting their livelihood with a stick from trash but it is normal for us.

Child workers’ health conditions are extremely bad: Lower height and body weight than normal, spinal problems, chest issues, infections and allergies all add to the miseries of these poor souls.

Yet some of the actions will put the country on the right path if taken immediately.

Social media has become the most effective medium, leaving print and TV way back in the race. It has many advantages particularly when it comes to spreading any information over the rest of the media: its reach is far wider, it’s cost-effective and sometimes free of cost, it effectively engages the people of different lifestyles at diverse levels within no time.

Pakistan children are being suppressed and abused in broad daylight by perpetrators. Contrarily, the absence of officials dedicated to the enforcement of child labor laws vividly depicts our governments’ priorities. Punjab Food Authority, for example, is working efficiently since the PFA teams are moving from one place to the other in order to implement the law of land. At least, a well-trained team must be present at the district level to implement the child labor laws.

The justice system of the land of pure is used to following media; hence, a victim who is highlighted by media gets justice whereas the rest of the 99.9 percent victims are neglected. Every criminal must be tried in the court of law and punished according to the law of the land. This game of pick and choose must end in NAYA Pakistan.

One of the major reasons for child labor issues faced by Pakistan is an absence or lack of family planning. Imran Khan must take up this challenge as soon as possible as it was once considered by Ex-Prime Minister Ms. Benazir Bhutto (Late). There are many family planning models available in the world which could be utilized with minor changes.

The main reasons for child labor remain poverty, access to education, indifferent social behavior, but none of these can be eradicated overnight. Yet a special task force comprising of experts dedicated to rid the country of child labor must be prepared to take practical measures on child labor. As a beginning, if special child labor laws enforcement teams start penalizing the criminals and enrolling the kids to government schools where they are provided with education, meals and a monthly stipend equal to their earnings, in first 100 days, Pakistani kids will be in a far better shape in a short span of time.