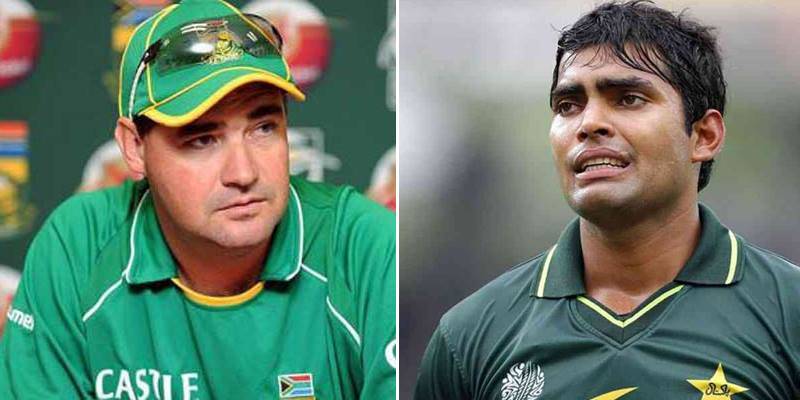 The disgruntled batsman told the media that his seniors did not stop Mr Arthur when he (Akmal) was being verbally abused.

“He (Mickey Arthur) told me to play club-level cricket instead of coming to the academy,” the 27-year-old batsman said, adding “Arthur was also abusive towards other players.”

He further claimed that he was dropped from the team after an unjustified warning.

Posing himself as a whistleblower, Umar said he wanted to inform the Pakistan Cricket Board (PCB) regarding the behaviour of the coaching staff.

However, Mickey Arthur has refuted Akmal's claims, saying the cricketer was not telling the truth. The South African added that he had only asked Akmal to improve his skills.

Umar Akmal was dropped from the Pakistan squad for the Champions Trophy in Birmingham in May this year after he failed two consecutive fitness tests in two months. The middle-order batsman's failure in fitness tests prompted selectors to bring in Haris Sohail in place of Akmal, asking the cricketer to return home to work on his fitness.

Akmal had also been dropped from the team that toured the West Indies in April, after being the only player, among 31, to fail the fitness test during a camp held at the NCA in March.

In an annual assessment earlier this year, Akmal had weighed 91kg with a fat-level reading of 115.6. A measurement in excess of 100 is considered high.

After being released from Pakistan's squad for the ICC Champions Trophy 2017, Akmal had apologised to his fans, saying he was determined to come back stronger than ever and promised to remain committed to cricket.