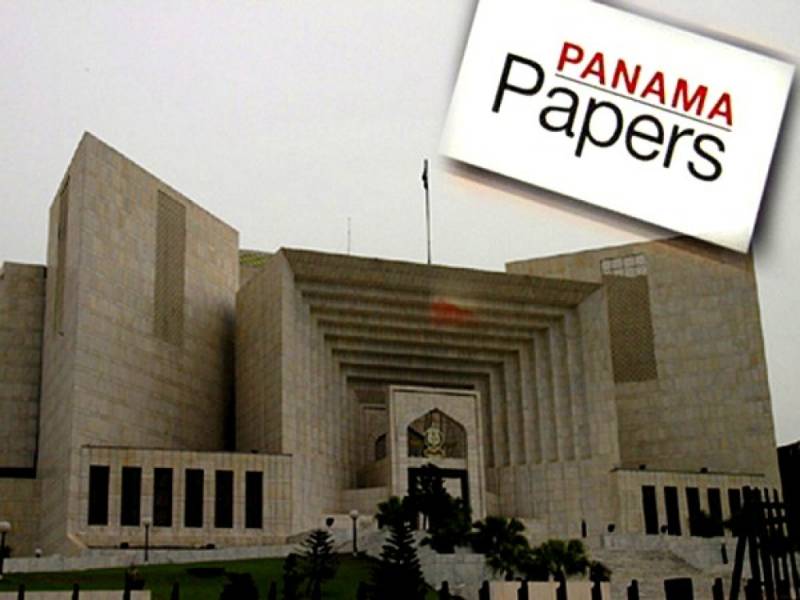 The following post mortem will be strictly confined to the Iqama organ of the Panama carcass resulting in the disqualification of Nawaz Sharif contained in paragraph 13 of the Supreme Court judgment dated  28th of July 2017, passed by the remaining three of the five Honorable Members of the Bench; to which the other two were totally alien as they had no occasion to hear and examine the post report proceedings. Constitution of the Bench and legality of the proceedings, thus, leaves a huge question mark in this particular context.

Paragraph 13 reads as under:-

“The next question emerging for the consideration of this Court is whether respondent No. 1 as a Chairman of the Board of Capital FZE is entitled to salaries and whether the salaries if not withdrawn being receivable as such constitute assets which require disclosure in terms of Section 12(2) of the Representation of the People Act,1976 and whether his failure to disclose them would entail his disqualification? The word asset has not been defined in Representation of the People Act, 1976 (ROPA), therefore, its ordinary meaning has to be considered for the purposes of this case. The word asset as defined in Black’s Law Dictionary means and contemplates “ an asset can be (i) something physical such as cash, machinery, inventory, land, and building(ii) an enforceable claim against others such accounts receivable (iii) rights such as copyrights, patent, trademark etc. (iv)an assumption such as goodwill”.

The definition of the word receivable as used in the above-mentioned definition as given in the Black’s Law Dictionary is also relevant which means and contemplates “ any collectible whether or not it is currently due. That which is due and owing a person or company. In book-keeping, the name of an account which reflects a debt due.

The definition of the word receivable as used in the above-mentioned definition as given in the Black’s Law Dictionary is also relevant which means and contemplates “ any collectible whether or not it is currently due. That which is due and owing a person or company. In book keeping, the name of an account which reflects a debt due.

Accounts receivable are a claim against a debtor usually arising from sales services rendered. The word receivable also has a similar ring and connotation according to Business Dictionary which reads as under: -

“Accounting term for the amount due to froma customer, employee, supplier(as a rebate or refund) or any other party. Receivables are classified as accounts receivable, notes receivable etc. and represent an asset of the firm”.

The definitions reproduced above leave no doubt that a salary not withdrawn would nevertheless be receivable and as such would constitute an asset for all legal and practical purposes.When it is an asset for all legal and practical purposes, it was required to be disclosed by respondent No. 1 (NS) in his nomination papers in terms of Section 12(2) of the ROPA. When we confronted, the learned Senior ASC for respondent No. 1, whether the said respondent ever acquired work permit(Iqama) in Dubai, remained Chairman of the Board of Capital FZE and was entitled to salary as such, his reply was in the affirmative with the only addition that respondent No. 1 never withdrew any salary. This admission was reiterated in more categorical terms in the written arguments filed by the learned Sr. ASC for respondent No. 1 in the words hereunder: -

It has been noted that respondent No.1 being Chairman of the Board of Capital FZE was entitled to a salary, therefore, the statement that he did not withdraw the salary would not prevent the un-withdrawn salary as being receivable, hence an asset. When the unwithdrawn salary as being receivable is an asset it was required to be disclosed by respondent No. 1 in his nomination papers for the Elections of 2013 in terms of Section 12(2) of the ROPA.

Where respondent No. 1 did not disclose his aforementioned assets, it would amount to furnishing a false declaration on solemn affirmation in violation of the law mentioned above, therefore, he is not honest in terms of Section 99(1)(f) of the ROPA and Article 62(1)(f) of the Constitution of Islamic Republic of Pakistan”

Another striking feature of the above paragraph is that only three questions were put to the learned counsel for the respondent no 1: chairmanship, work permit, and entitlement to salary. All questions were candidly answered in the affirmative. No question was asked regarding constitutional and legal consequences likely to flow from such forthright admissions.

The judgment, one sees, raises more questions than it actually answers.

To begin with, are all assets alike?

Fortunately, one does not have to look elsewhere to make a comparison.

The case in hand readily provides two drastically different kinds; London Flats and Salary. The former is an immovable asset for the acquisition whereof colossal funds are required. Questions logically arise as to the source of funds and money trail etc. to determine the legitimacy of possession and ownership thereof.

On the other hand, salary is a periodical remuneration received by a person merely for services rendered. No question of the like nature can ever be asked where employment is found perfectly legal.

The answer is a big NO.  Every malicious concealment or nondisclosure has a sinister purpose. Broadly speaking, the person required to mention a fact either fears an exposure to a civil or criminal liability or hopes or apprehends an unlawful accretion or privation by disclosure. Hence, he spitefully withholds the information required to be divulged. Surprisingly, the judgment does not discuss this critical aspect of the matter at all. Nondisclosure per se never points a finger at a declarant unless non-mention is accompanied by ill will and lack of integrity; even if upon solemn affirmation. In the first place, such interpretation leaves no room for accidental slips and bona fide human errors universally recognized in all civilized legal systems particularly in common law jurisdiction followed in Pakistan. Secondly, all persons are presumed to be honest in their acts and omissions unless proved otherwise in accordance with the definitions and conditions provided by law.

Section 2(24) of The Code of Criminal procedure defines the adverb dishonestly as under: -

“Whoever does anything with the intention of causing the wrongful gain to one person or wrongful loss to another person is said to do that thing dishonestly”.

Subsection 25 of the above Section defines the term fraudulently.

“ A person is said to do a thing fraudulently if he does that thing with the intent to defraud but not otherwise”.

A fundamental general principle of penal laws is that a mere act or omission does not constitute a violation attracting penalty. It requires a mens rea or guilty mind. No liability arises unless or until mens rea is proved to exist. In cases like the one in hand, sheer act or omission is not culpable even if grossly negligent.That is why the legal definitions of the words dishonestly and fraudulently critically depend upon the intent of the doer.

Does the judgment qualify this test of law? Evidently not.

The legitimacy of salary is unquestionable and even the intent to evade a simple tax liability is absent. Unimpeachable inference of ulterior motive was required to label the respondent No. 1 as dishonest and depriving him of his political and constitutional status as the Chief Executive of the government which is, unfortunately, not traceable anywhere in the disqualification verdict.

From now on, as the August Supreme Court has laid down law for the whole country, every hand will tremble while filling in the nomination papers. Now, who knows dishonesty is a tragedy or a comedy! Miscarriage of justice floats on the surface of the judgment. There is another important aspect of the matter that deserves attention i.e. the debated term of the disqualification. Firstly, neither the Constitution nor ROPA provides any duration in express terms. The judgment also restricts itself to the current membership of the National Assembly. Two declarations are possible under the relevant Articles of the Constitution: a declaration that a person is disqualified from holding membership and another that a person is disqualified from being chosen or elected, as a member of parliament.

There is another important aspect of the matter that deserves attention i.e. the debated term of the disqualification. Firstly, neither the Constitution nor ROPA provides any duration in express terms. The judgment also restricts itself to the current membership of the National Assembly. Two declarations are possible under the relevant Articles of the Constitution; a declaration that a person is disqualified from holding membership and another that a person is disqualified from being chosen or elected, as a member of parliament.

“ A person shall not be qualified to be elected or chosen as a member of Majlis-e-Shoora (Parliament) unless he is ………… honest ………….

The opening part of the Article 63 reads as follows: -

“ A person shall be disqualified from being elected or chosen as, and from being, a member of Majlis-e-Shoora(Parliament) if-----

It is evident that the Supreme Court made only one declaration out of the two provided by the above articles i.e. the respondent No. 1 was disqualified from being a member of Majlis-e-Shoora. The other possible declaration that the respondent No 1 was disqualified from being chosen or elected in future, for any term, was not made at all. Thus, there is no future ban in the field in the absence of a possible authoritative declaration.

Secondly, In the absence of any term provided by the Constitution or law only an interpretation beneficial to the sufferer is possible. Law always leans in favor of lesser punishment. An example can be conveniently cited from educational calendars. A candidate using unfair means is prevented from passing the examination during which he commits the offense and is debarred from appearing in the next succeding examination, once or twice, as provided. In case the calendar is silent as to the number of examinations during which the candidate remains debarred from appearing, the restriction shall apply only to the succeeding examination. It will then be absolutely ridiculous to conceive a life ban. Law is reformative in spirit, not retributive.

Thirdly, assuming dishonest non-disclosure in the previous nomination papers, the omission is curable in the next. The candidate can only be disqualified from contesting the election if he repeats the offense, not otherwise.  Once a liar always a liar is not the principle of law and justice.