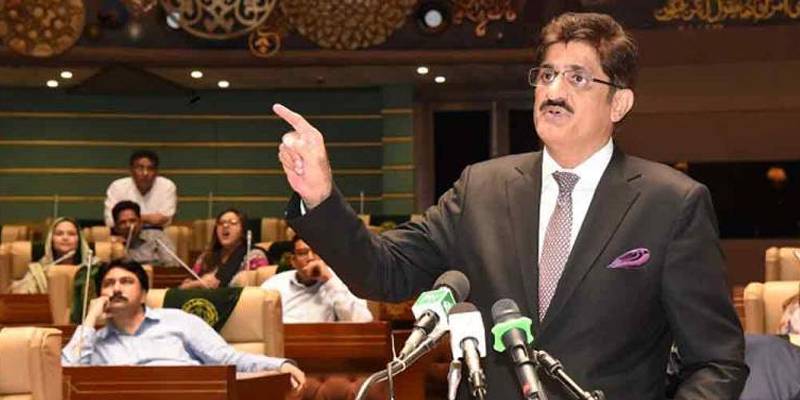 KARACHI - Murad Ali Shah was elected as 33rd Chief Minister of Sindh after he won the elections for the top slot of the province on Thursday.

Shah, a candidate of Pakistan Peoples Party, defeated Shahryar Mahar who was the candidate of joint opposition comprising Muttahida Qaumi Movement-Pakistan, Pakistan Tehreek-e-Insaf (PTI) and others.

Shah secured 97 votes in the election while Mahar managed to clinch 61 votes; the results were announced by Speaker Agha Siraj Durrani.

Pakistan Peoples Party is in power in the province from 2008 and this is the third consecutive tenure of the party. Currently, it holds 97 seats in the House.

Agha Siraj Durrani, the nominee of PPP for the slot of Speaker Sindh Assembly was sworn in on Wednesday after he secured 96 votes through secret ballot and defeated his rival Javed Hanif who clinched 59 votes.