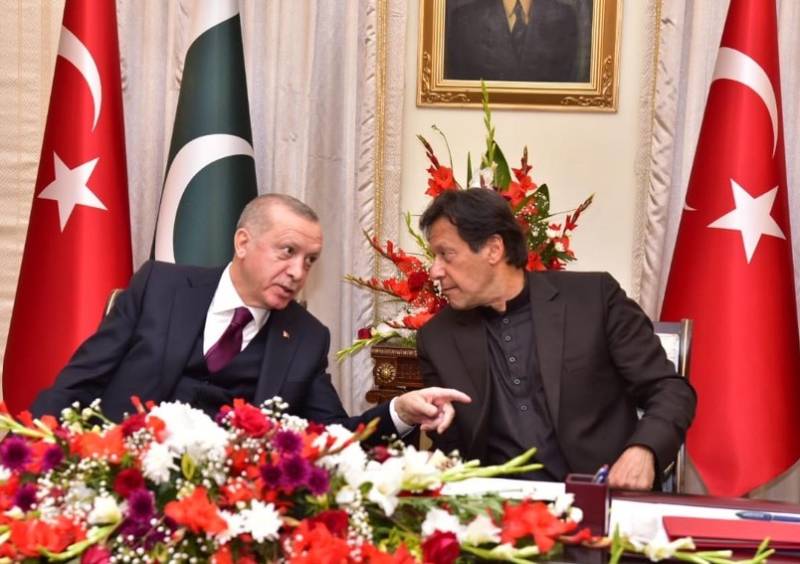 A statement issued by the Prime Minister's Office (PMO) stated “The premier conveyed that Pakistan was extending facilitation in the evacuation of diplomatic personnel and staff of international organisations and others in Kabul, as requested”.

Khan added that the evolving situation would be further deliberated upon at the National Security Committee (NSC) meeting tomorrow while the two leaders would consult again after the meeting with a view to coordinating their efforts.

The statement further added that the premier reaffirmed the country’s resolve to continue all efforts in support of an inclusive political solution in Afghanistan.

Earlier, Recep Tayyip Erdogan said that Pakistan has a vital duty to bring peace and stability to Afghanistan.

The Turkish President while speaking alongside Pakistani counterpart Arif Alvi, who is on an official visit in Turkey, said we are facing a wave of Afghan migrants through Iran and he also assured that his country would continue to put every effort to help bring stability in Afghanistan and in the region.

KABUL — The Taliban claimed on Sunday to have taken control of Afghanistan's presidential palace. Two senior ...

It comes amid reports of Ghani's resignation after negotiations with the Taliban who had entered the capital Kabul on Sunday, announcing clemency for everyone.

QUETTA – The Pakistan government Sunday ordered shut down of Torkham border with Afghanistan after Taliban ...