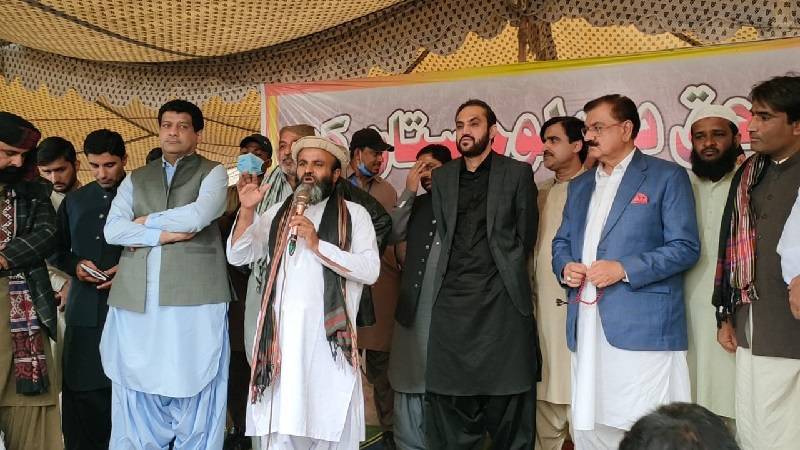 QUETTA – Protesters in Gwadar, a port city in Balochistan province, on Thursday ended their sit-in against illegal fishing and other issues after successful negotiations with the government.

The sit-in has been staged for more than a month under the banner of ‘Gwadar Ko Haq Do’ movement led by a local leader Maulana Hidayar-ur Rehman, demanding fundamental rights for residents of the city.

The announcement to call off the protest was announced by Rehman.

Balochistan Minister for Planning and Development Zahoor Buledi also announced the development on Twitter, stating that the negotiations between the government and Maulana Hidayat-ur-Rehman took place in the presence of the Balochistan Chief Minister Abdul Quddus Bizenjo.

"The negotiation with Maulana Hidayat Ur Rehman in the presence of CM has been successful. Govt has accepted all demands of Maulana Sb and the dharna is to be called off," he wrote

The chief minister, in a statement, said demands being made by protesters are legitimate, adding that his government will ensure provision of growth opportunities and basic necessities to them.

Earlier this week, Prime Minister Imran Khan took notice of ongoing demonstrations by the people in the southwestern province and ordered strong steps against illegal fishing off the Gwadar coast.

“I have taken notice of the very legitimate demands of the hardworking fishermen of Gwadar. Will be taking strong action against illegal fishing by trawlers and will also speak to Chief Minister Balochistan,” the premier wrote on Twitter.

The development came after fishermen in the port city on the southwestern coast of Balochistan staged protests against the devastating impact of illegal fishing by trawlers along the coast on the livelihoods of local fishermen.

The local fishermen accuse fishing companies of being involved in illegal fishing which affected their key source of income.

Multiple rounds of talks between the Balochistan government and the protesters earlier failed as the agitators said they will not end their protest on mere promises.