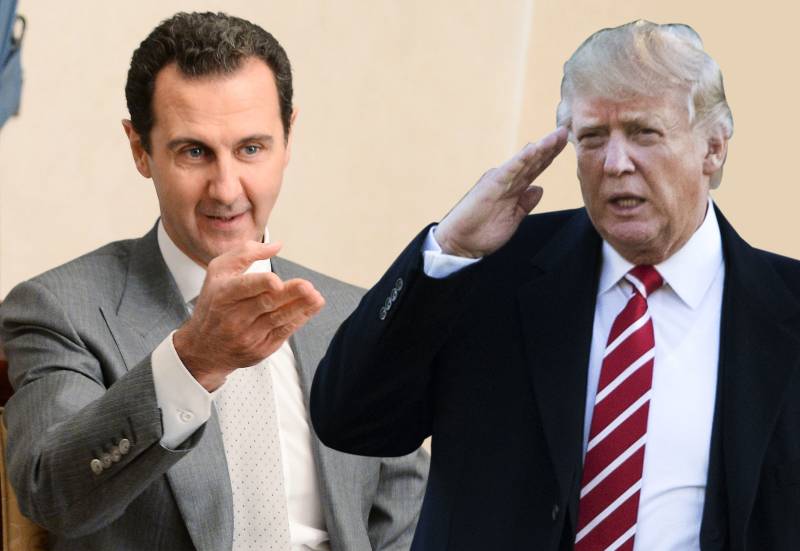 DAMASCUS - Syria's President Bashar al-Assad said Trump's ban on Syrians entering the United States targeted terrorists, not the Syrian people, in what appears to be providing a logical ground to Trump who faced much criticism from his own people.

In an interview to Europe 1 radio, Assad looked unfazed about the ban expressing that Trump's ban was not against Syrian people.

'It's against the terrorists that would infiltrate some of the immigrants to the West. And that happened. It happened in Europe, mainly in Germany,' he said.

'I think the aim of Trump is to prevent those people from coming. It was not against the Syrian people' he asserted.

When asked about his categoric response regarding Trump's immigration policy, Assad kept mum. He also said he had not yet seen what Trump's Syria policy would be.

It is relevant to mention that soon after assuming charge, Trump issued an executive order barring citizens from 7 Muslim countries to enter US.

However, his plan was put to halt by a Seattle judge against which Trump administration filed an appeal which was also turned down.

Donald Trump had opined to unleash a new executive order as he is adamant about his ban Muslim policy.

Initially, the US refugee resettlement program had been suspended for 120 days so that the new Trump administration can establish new vetting rules, probably more strict for visa applicants however clouds looms over his policy due to legal resistance.