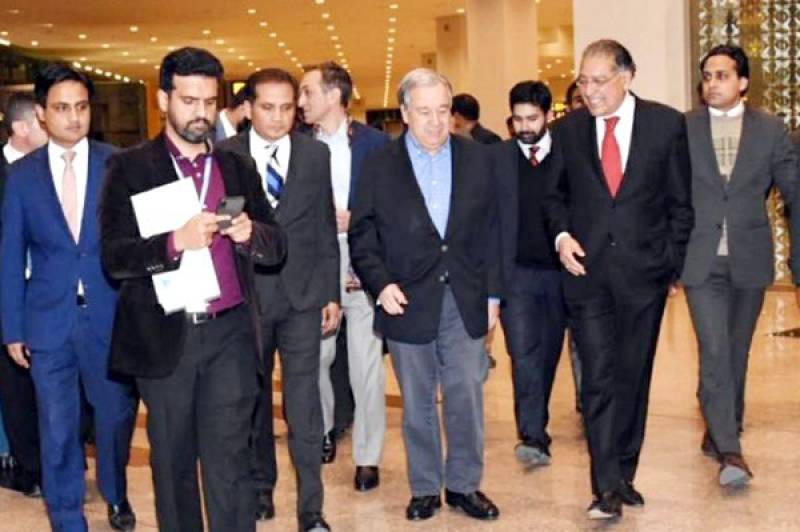 ISLAMABAD - United Nations Secretary General (UNSG) Antonio Guterres on Sunday arrived here on his first trip to Pakistan as the world body’s chief to participate in the two-day international conference on 40 years of hosting Afghan refugees in Pakistan.

At airport, the UN secretary general was warmly received by Pakistan’s Permanent Representative to the United Nations Munir Akram and other high officials.

Prior to his departure to Pakistan, Antonio Guterres on his twitter account appreciated Pakistan’s contributions towards the global peace.

He said, “Pakistan is one of the most consistent and reliable contributors to UN peacekeeping efforts around the world.”

“I am travelling to Pakistan, where I plan to express my gratitude to the people “Serving For Peace,” he further added.

His other engagements included interactions with parliamentarians, media and the youth. He will also deliver special talks on themes of sustainable development, climate change and peacekeeping.

The secretary general will pay a visit to Lahore and travel to the holy Gurdwara Kartarpur Saheb.