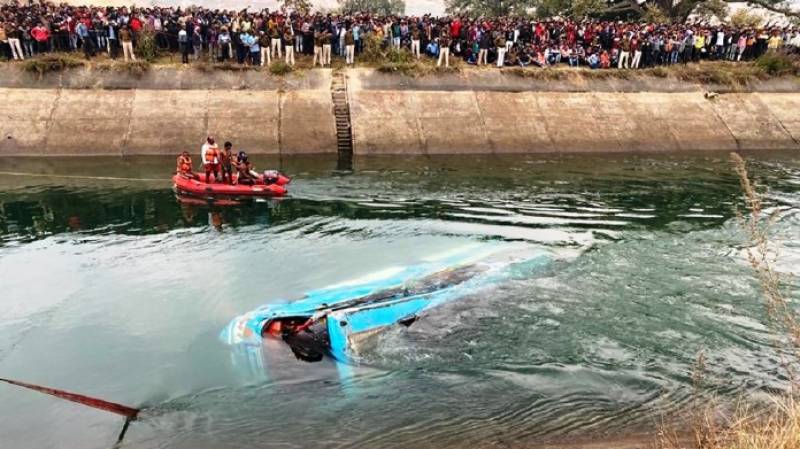 At least 37 passengers have been killed in the central Indian state of Madhya Pradesh after a bus fell off a bridge into a canal.

According to police, the bus was carrying more than 50 passengers. The search and rescue operation is underway.

So far 37 bodies have been found and sent for autopsy, whereas 7 people have been rescued.

According to a World Bank report, India alone accounts for 11% of road accidents globally, which is by far the highest.

NEW DELHI – A video of an Indian professor has been making rounds on social media, after his wife tried to kiss ...