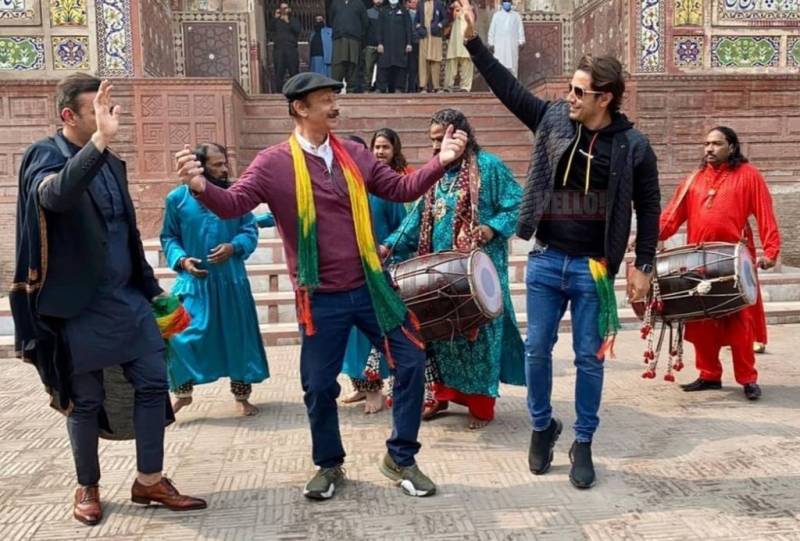 The Pakistani nation is extremely emotionally driven when problematization of religious sentiments in relation to the controversial views arrises.

Clashes between modernism and conservative classes of the state hinder the elasticity and accommodation to have tolerance.

This time around - actor Shaan Shahid and singer Ali Zafar are in hot waters as the two were spotted doing dhamaal (dance) on dhol beats during an event in Lahore outside Wazir Khan Mosque.

Hashtag #مسجد_وزیرخان have been trending on Twitter. The Internet is furious over the act where the celebrities danced outside the pious landmark alongside the Federal Minister for Science and Technology Fawad Chaudhry, who was spotted in the background.

People are calling it ‘desecration’ of the Wazir Khan Mosque as a scorching act. Enraged over the video that is making rounds on Twitter, Twitterati seems enraged as people’s anger and resentment pour in the form of comments and tweets.

I strongly condemn this shameful act in most sacred place "Masjid".
Fawad Chaudhry ,Actor Shan & other participants should be ashamed on themselves.#مسجد_وزیرخان pic.twitter.com/N1JB7SqFE5

Why the illiterate people are in govt of Pti and they even deaf and blind which didn't care of the Islamic places such as Wazir khan Mosque ...
Mosques aren't such places of dance .#HumDoHumareDoKiSarkar#مسجد_وزیرخان pic.twitter.com/GUjAdXSQU0

While many have been requesting strict action to be taken regarding the matter, a prevalent demand is being made to set up some boundaries to avoid further demoralization of mosques.

The Qabool controversy continues. An FIR has been lodged on Thursday against actor Saba Qamar and singer Bilal Saeed on ...