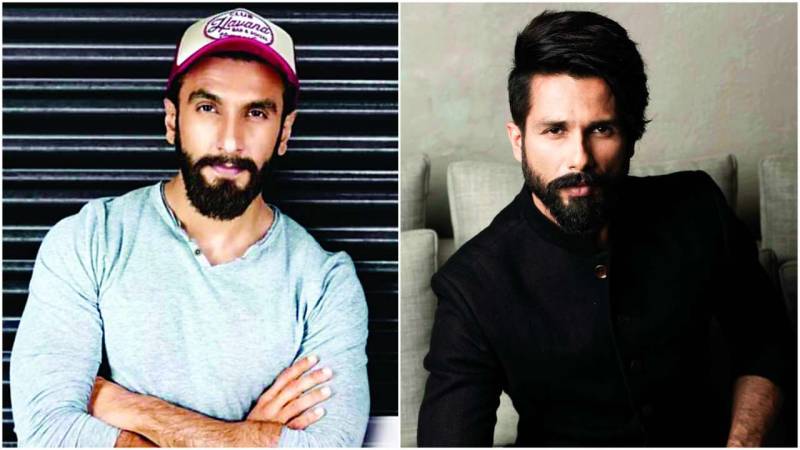 MUMBAI - Relations between star Ranveer Singh and Shahid Kapoor have severed with time during the shoot of Padmavat, suggested some Indian media reports. It was even said that, in order to sort out differences between the two lead actors, Deepika Padukone had to step to ensure that the shooting of the film proceeded without any issues.

However, it seems like all this was not true.

Responding to these rumours, Ranveer Singh in an interview said that he has always shared a cordial vibe with Shahid. “We were very good together, year. I think we had a good time shooting for the film. Creatively fulfilling," he said.

It all started when Shahid Kapoor said that he felt “like an outsider” on the sets of  Padmaavat. In response, Ranveer said in an interview that he did everything possible to make him feel at home.

Earlier, on Karan Johar’s chat show ‘Koffee with Karan’, Ranveer had said that he could do Shahid’s role in Kaminey better than him. On the other hand when Shahid was asked he said he would have adopted a different approach to the character of Alauddin Khilji, played by Ranveer in Padmaavat.

Ranveer later clarified his statement saying, “In my first year, I was very arrogant. That was not something I should have said. I regret saying that.”

When asked about Shahid's comment on doing Ranveer's role in Padmaavat differently, he had laughed, "What's wrong with saying that? I don't know if he could have done it better or worse, but every actor brings something unique to the table."