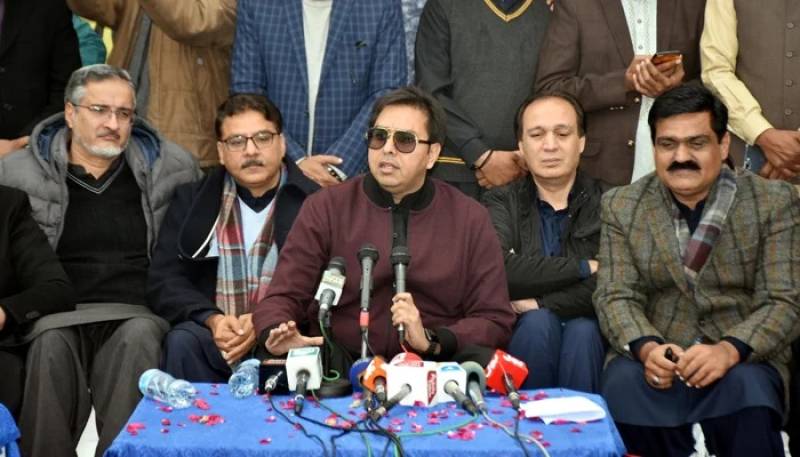 Speaking at a news conference in his hometown, Gill said to the Sharifs: "However, much of a deal and leeway you had to be provided, you have been."

It is "not as if you are out on a shopping trip, that you are seeking a deal," he said, addressing the Sharifs.

Gill said the Sharif family would never be given a deal. "You have Imran Khan standing in your way," he said. "He did not let go of them when he was in the Opposition, how will he let go of them now?" he asked.

Giving further details the so-called "deal", Gill said it was sought for Nawaz, "his daughter", Shehbaz, and "his son". He went on to say the request was for the latter three individuals to be allowed to leave the country, whereas "Shahid Khaqan Abbasi will stay".

"We won't even give you a boiled potato, and here you are asking for a chicken burger deal," he said adding: "The Sharif family is asking for a burger deal which also includes a toy."

Gill said he met Nawaz thrice while he was hospitalised in Pakistan, and that the PML-N patron would plead to be let go.

He said the government sought to bring back Nawaz, as he had been living in London since November 2019 on the pretext of medical treatment. He said that Nawaz was "being put on a plane and sent here" and that he would "go to jail when he arrives".

He said, "Soon you will see Shehbaz Sharif behind bars."

Gill said that now politics in Pakistan would see a clean competition between one vote and another, without the use of dirty tactics.

In a related development, Information Minister Fawad Chaudhry said at a media briefing that there was a "race" going on among four leading members of the Sharif family.

"When the four big leaders went to meet 'someone', they said that 'Nawaz Sharif did not do right with the country, why don't you consider us?'," the minister said.

Responding to Gill's remarks, PML-N leader Talal Chaudhry said it was Nawaz Sharif who would "never give any breathing room to this fake government".

"Look at where the country stands. Neither does the poor man have bread to eat, nor does our nation have any honour," Chaudhry said.

"The hand of mercy that was on your head, is now at the feet of Nawaz Sharif," the PML-N leader said, adding, "They can scarcely run the government and yet have the gall to spin such tales."