Pakistan to open U19 World Cup campaign with match against Zimbabwe 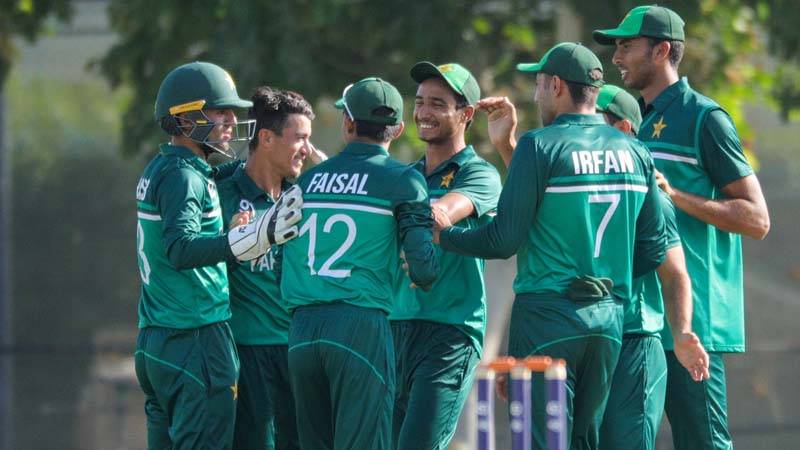 Pakistan will begin its U19 World Cup campaign with match against Zimbabwe on January 17.

The match will be played at the Diego Martin Sporting Complex in Trinidad and Tobago.

This will be Zimbabwe’s second group-stage match, after their 228-run victory against Papua New Guinea on January 15.

Pakistan captain Qasim Akram said while speaking ahead of the tournament that pitches would suit the Boys in Green.

“The team so far has adjusted very well to the conditions and the wickets,” Akram was quoted as saying by the ICC. “The pitches are quite similar to those in Karachi, as they offer turn and are generally similar to what we see across most of Pakistan.”

The tournament began on January 14 and features 16 countries with Antigua and Barbuda, Guyana, St Kitts and Nevis, and Trinidad and Tobago hosting a total of 48 matches across 10 venues.

Pakistan are slotted in Group C alongside Afghanistan, Papua New Guinea and Zimbabwe.

The top two teams from each of the four groups will qualify for the Super League stage while the remaining teams will battle it out in the Plate event.

Pakistan on Wednesday registered an impressive eight-wicket win over Canada in warm-up fixtures of the 2022 ICC U19 ...