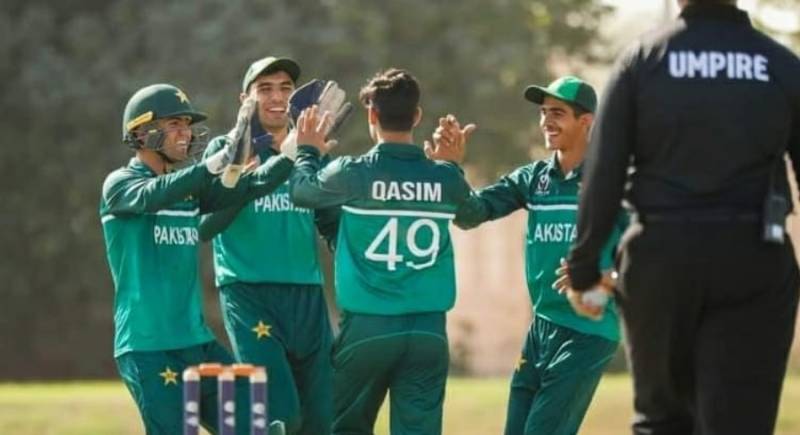 Pakistan on Wednesday registered an impressive eight-wicket win over Canada in warm-up fixtures of the 2022 ICC U19 Cricket World Cup.

The Boys in Green will now face the Group C opener against Papua New Guinea (PNG) on Saturday.

Pakistan won the toss and elected to bowl first. They managed to restrict Canada to 164 by removing their key players including Ethan Gibson and Mihir Patel.

While chasing the target, Pakistan’s response was not impressive as Haseebullah departed for just 3. However, his opening partner Mohammad Shehzad smashed 67.

Highlights of Pakistan U19's eight-wicket win over Canada in Tuesday's ICC U19 Men's World Cup warm-up match. Abdul Faseeh and Muhammad Shehzad had an excellent outing with the bat while Ahmad Khan and Awais Ali delivered with the ball. #PakistanFutureStars pic.twitter.com/Q2jWhn7K6j

On Sunday, Pakistan had defeated Bangladesh by 20 runs.

DUBAI – Pakistan won the nail-biting game on the last ball against India in a match of the U-19 Asia Cup on ...