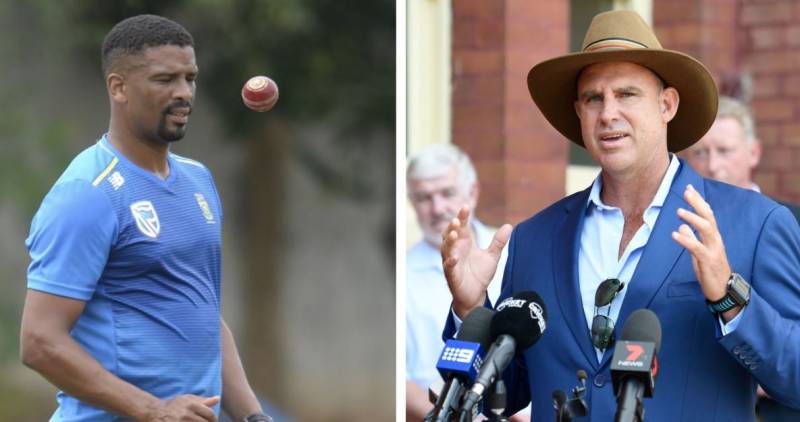 Addressing a press conference, Ramiz said “I believe that the new coaches can bring some aggression in this team with experience of playing in World Cups. Vernon Philander understands bowling and his input will be crucial”.

He also added that Pakistan has the potential to win the T20 World Cup. “The whole idea is helping the team win the World Cup. They can surely win it. They only need 10 percent improvement. Going forward, we will have to carry out an extensive exercise, in this regard, in order to look for people who fit our model,” he maintained.

Former Australian Mathew Hayden and former South African Vernon Philander have been appointed as Pakistan's coaches for the #T20WorldCup.

Meanwhile, Ramiz vowed to take the game to new highs after he was elected unanimously and unopposed as the Pakistan Cricket Board’s 36th chairman for a three-year term. Raja, along with Asad Ali Khan, was nominated by Prime Minister Imran Khan, who is also the patron-in-chief of the PCB, in the PCB Board of Governors on 27 August for a three-year term.

Speaking with BoG members following his election, Ramiz thanked them for supporting him and reposing trust in his candidacy for the post. “I am thankful to all of you for electing me as the PCB Chairman and look forward to working with you to ensure Pakistan cricket continues to thrive and grow stronger, both on and off-the-field,” he said.

Earlier, Misbah-ul-Haq and Waqar Younis have stepped down from their positions as head coach and bowling coach of the national men's team respectively.

Misbah quit citing considerable time away from my family in a bio-secure environment while Waqar said that since he and Misbah had started out in their roles together, it made sense to also step away together.