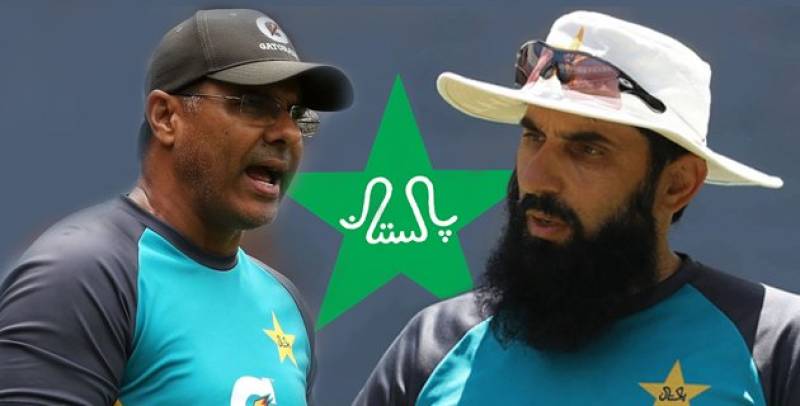 Saqlain Mushtaq and Abdul Razzaq will replace the two as interim coaches for the New Zealand series, sources.

Reports quoting sources said the duo send the resignation to officials earlier today around the announcement of squads for the upcoming series. The legends were appointed to their positions in September 2019, and still had a year left in their contracts.

Misbah and Waqar step down from coaching roles

Misbah cited spending ‘considerable time away from my family in a bio-secure environment’ as the reason to quit from the post while Younis said that since he and Misbah had joined together, it made sense to also ‘step down together’.

“Considering that I would have had to continue to spend considerable time away from my family and that too in a bio-secure environment, I have decided to step down from the role,” Misbah wrote in the resignation saying “I understand that the timing may not be ideal but I don’t think I am in the right frame of mind for the upcoming challenges and it makes sense for someone fresh to step-in and take the side forward.”

Waqar, in his resignation, wrote “After Misbah shared with me his decision and future plans, it was a straightforward one for me to resign as we had walked into the roles together, had worked collectively as a pair and now also step down together,” he said.

LAHORE – Pakistan cricket board selectors have named an experienced, 15-player squad for the upcoming Twenty20 ...

“The next eight months will be busy and exciting for the Pakistan team and, like in the past, I will continue to back and cheer them. I want to thank each and every member of the Pakistan cricket team set-up as we stayed united in good and bad days, and hope there will be brighter days ahead.”