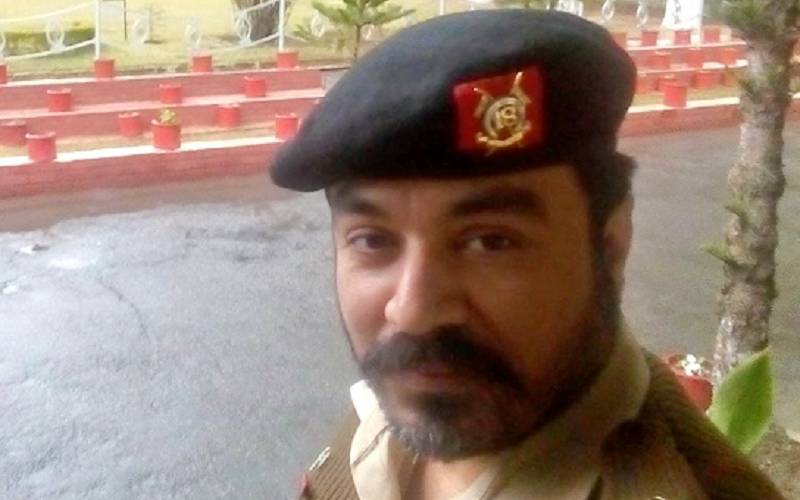 Adil Farooq Raja, a retired major of the Pakistan Army, has become a social media celebrity over the last few months.

A staunch supporter of ousted prime minister Imran Khan and a ruthless critic of Pakistan’s military establishment, Adil Raja was born in Peshawar in 1978 to an officer of the Pakistan Army, Major (Retired) Umar Farooq Raja.

Adil Raja graduated from the Pakistan Military Academy with a bachelor’s degree in general science, military science, and international relations. He earned his master’s degree from the University of Peshawar.

Adil Raja is married to Sabine Kiyani, a London-based British Pakistani. He was reportedly forced to flee Pakistan a few months ago, but his parents still live in Pakistan.

Adil Raja has worked as a contractor for DHA Islamabad and as a columnist for The Nation. He is currently associated with the US-based International Human Rights Foundation as its Pakistan representative. He resigned as a spokesperson for the Pakistan Ex-Servicemen Society (PESS) in April 2022.

Professionally, Adil Raja is a war-wounded veteran with more than 19 years of diverse experience. He is considered an expert in the field of security, politics and consultancy. He is known for his critical views on conflict management, political administration, intelligence-based counterterrorism operations and de-radicalisation drives nationally and regionally.

He has a keen eye for current affairs and international relations. Being a popular blogger, he appears on media as a geopolitical and defence analyst.

Recently, Adil Raja got himself embroiled in a controversy as he alleged that some senior officers of the military used top models and actresses of Pakistan as bait to record intimate videos of politicians from various political parties. Although he used initials of the names of those actresses and models, social media users were quick to figure out who he was referring to.

However, Adil Raja’s vlog on the controversial topic triggered a storm in Pakistan and he was criticised by many for targeting top-ranking women of the Pakistani entertainment industry. Consequently, despite showing defiance, Adil Raja had to apologise publicly to the actresses he referred to in his vlog.

Also, in an unprecendeted move, a serving officer of Pakistan Army recently filed a defamation case in London high court against Major (retired) Adil Farooq Raja for levelling "baseless" allegations against him. The ex-serviceman turned Youtuber, in one of his vlogs in June last year, had accused Brigadier Rashid Naseer -- currently heading the intelligence command of Pakistan Army’s Inter- Services Intelligence (ISI) in the province of Punjab -- and former Chief of Army Staff Qamar Javed Bajwa of systematic electoral rigging and horse-trading against Pakistan Tehreek-e-Insaf (PTI). The case is yet to be decided.