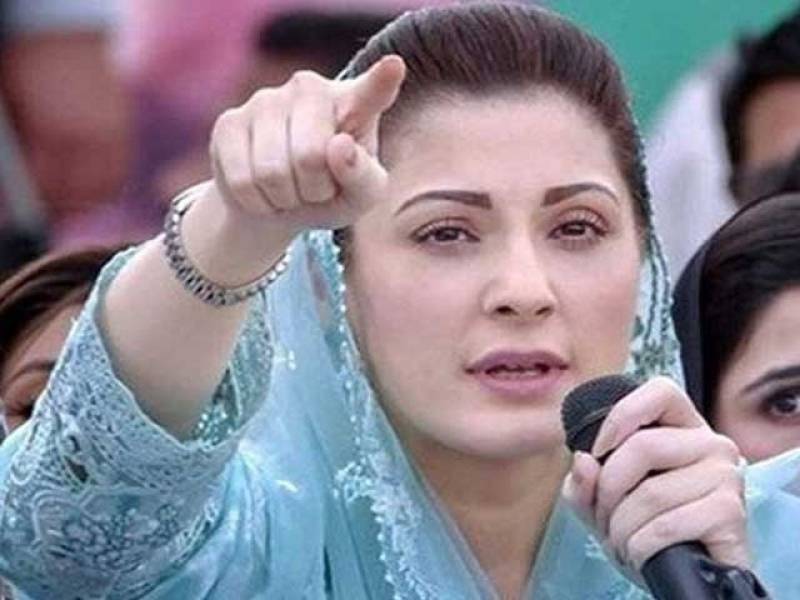 Responding to Pakistan Tehreek-e-Insaf (PTI) leaders' criticism of ISPR DG Maj Gen Babar Iftikhar's statement that no evidence of a 'foreign conspiracy' in removal of the last governent was found, Maryam said that ISPR DG's statement was not political, but was based on facts.

Talking to the media in Islamabad, Maryam criticised the former premier’s policies. “Imran Khan was playing with Pakistan for four years, then when the economy was ruined, he mortgaged it to the IMF [International Monetary Fund],” she was reported to have said.

She said the ousted government had laid an 'economic minefield' for the successive government, adding that the former interior minister for the PTI had even admitted this.

Defending the petroleum price hike and additional taxes stipulated in the new budget, the PML-N vice president stated that Shehbaz Sharif’s government did not willingly impose such conditions.

“The agreement was reached with the IMF in 2019 [during Imran Khan's government]. As Prime Minister Shehbaz Sharif is committed to fulfilling the agreement, we have to take steps to abide by it,” she said.

Blaming inflation on the former government, Maryam said the PTI had agreed with the IMF to levy taxes and increase the prices of petroleum products. According to the agreement, he said, the price of petrol should have been Rs300 per litre today.

Alluding to Imran Khan’s protest calls, the PML-N leader said that calls for anarchy, sedition and violence against the state would be dealt with strongly by the government.

“One corruption scandal after another is coming out against Imran Khan; he is shocked at the nation's rejection,” she added.

The PML-N leader also accused the former premier of “hiding” in Peshawar out of fear of interior minister Rana Sanaullah.

Referring to Nawaz Sharif’s comments regarding former president General Pervez Musharraf’s return to Pakistan, the PML-N leader stated that the party supremo did not believe in taking revenge and he made a statement in this regard on humanitarian grounds.