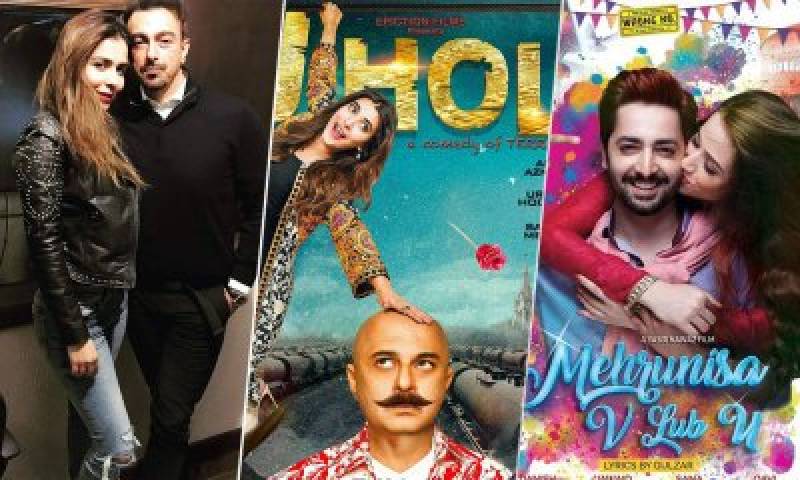 Eid-ul-Fitar 2017 is all set to hit our lives around the 25th of June. Though it is still a couple of months away, a few Pakistani movies are gearing up for their banger releases at exactly this time!

Are you all prepared for a very Meethi Eid?

Here is the list of all the movies that you can look forward to on the big day.

Upcoming Pakistani movie, Jhol, boasts a major star cast including Urwa Hocane, Ali Azmat, Bilal Ashraf, Mustafa Qureshi, Saleem Mairaj and Hassaan Azher, the story will be a mixture of comedy and action and is very likely going to be a stupendous hit at the box office.

Been working on this project for the past few months .. we are responsible for the music direction in its entirety: the score, foley recordings, ADR, sound design and all the songs on this. It's been amazing working with the cast and crew, can't wait to share more. #pakistanimusic#pakistancinema#pakistanicinemaofficial#aliazmat#urwahocane#jhol#overturemedia

Renowned filmmaker and maestro, Shoaib Mansoor, will be directing this potential blockbuster with a script and powerful message envisaged just by him. The movie's plot this time around encourages women to speak up in a male-dominated society and churn out their crushed strengths amongst prevalent societal issues.

Danish Taimoor is starring in two upcoming movies this year, one of which in he will be playing the lead in Yasir Nawaz's venture MVLU, alongside Sana Javed.

Nawaz will be producing the film along with Hassan Zia and Nida Yasir. The script is written by Saqib Sameer and the cast includes the latter himself as well as Javed Sheikh.

Awaiting release since 2015 (literally!), Arth 2 is finally in line to hit the screens on Eid. Written and directed by the Lollywood superstar, Shaan Shahid, this movie is a remake of Mahesh Butt's original film Arth. The cast stars Shaan Shahid in the lead, along with Mohib Mirza, Humaima Malik, Yasir Hussain and Uzma Hassan in lead roles.

Stay tuned to Daily Pakistan Global for latest news and updates on more!