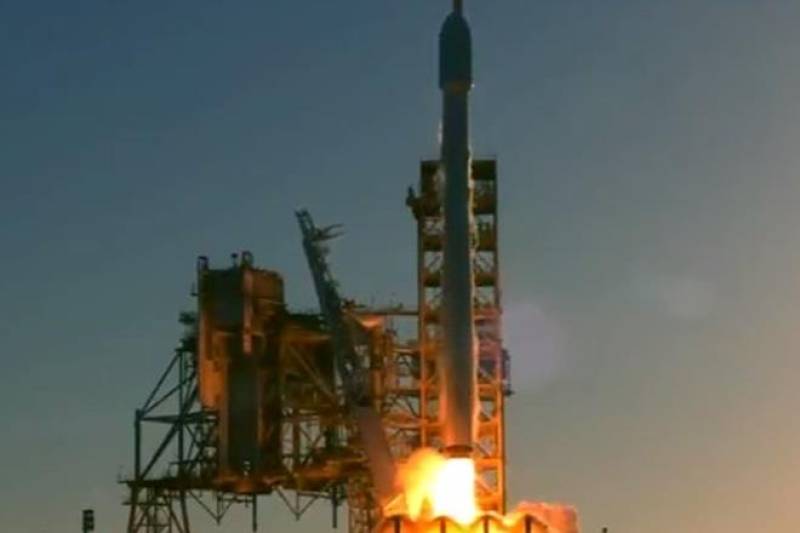 MIAMI - SpaceX has launched a communications satellite for Inmarsat, marking its first launch for the London-based mobile broadband company.

The Inmarsat-5 F4 satellite, developed by Boeing, blasted off atop a Falcon 9 rocket from Cape Canaveral, Florida at 7:21 pm (2321 GMT).

"We've had confirmation of spacecraft separation," said a SpaceX commentator about 30 minutes after launch, signaling that the satellite was successfully deployed to a distant, geostationary orbit.

"We've had good orbits, good separation, all you can ask for today."

The satellite is the fourth in the company's Global Xpress (GX) constellation, aimed at providing high-speed mobile broadband service.

"Inmarsat, the only operator of a global Ka-band network, created the GX platform to enable communities across the world to benefit from the emerging digital society," said a company statement.

SpaceX, which is headed by Elon Musk, did not attempt to bring the first stage of the rocket back to Earth for an upright landing following the launch.

The payload weighed some 13,500 pounds (6,100 kilograms), and the force needed to propel it to orbit would not leave enough fuel for the rocket to maneuver back to Earth. - APP