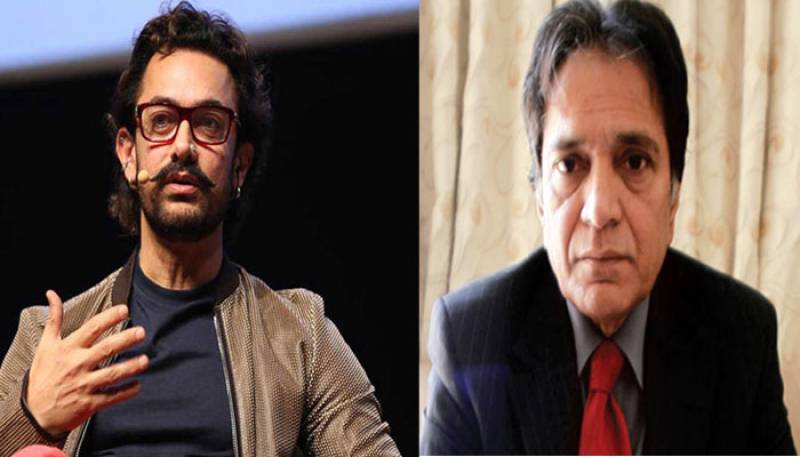 Fizza Ali Meerza and Nabeel Qureshi’s Load Wedding won hearts with its important message on dowry and that message is making rounds all around the globe. the film is among the 60 films from 30 Asian countries that will be screened in different Chinese cities between May 16 and May 23. The producer-director duo met the Taare Zameen Par star there. However, Qureshi and Meerza weren’t the only Pakistanis to have met Khan.

In a tweet published on Wednesday, Hussain wrote: “Good meeting with legendary Indian movie icon, Aamir Khan, who is also in Beijing for the first Asian Civilisations Dialogue, hosted by President Xi Jinping.”

Good meeting with legendary Indian movie icon, Amir Khan, who is also in Beijing for the first Asian Civilisations Dialogue, hosted by President Xi Jinping; Amir Khan’s movie ‘Dangal’ is a big hit in China, he says ‘I am a huge fan of late Moin Akhter, an amazing/talented actor’! pic.twitter.com/cpxQDcs2N8

Moin Akhtar, a beloved and extremely talented artist, ruled the hearts of millions in Pakistan and around the world for over four decades during his career.

Considered to be a one-of-a-kind parodist and the king of Urdu comedy, Akhtar had a million identities. But, the one thing that he was widely popular for was having the power to turn anybody’s frown into a smile.

Akhtar was also a recipient of the highest civil honours, the Pride of Performance and Sitara-e-Imtiaz.