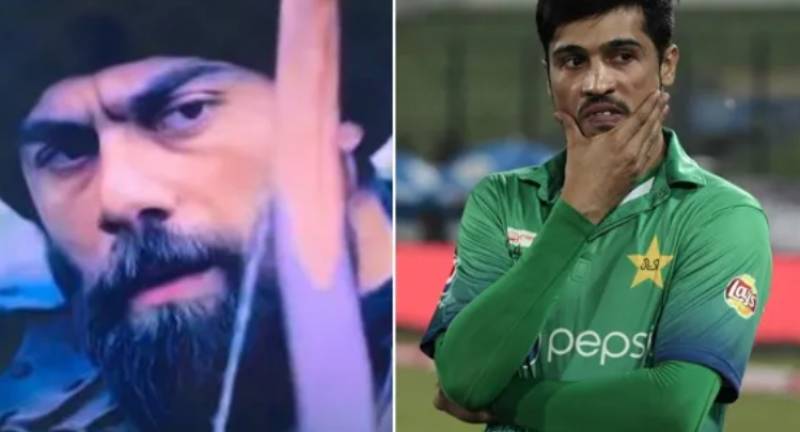 LAHORE - Pakistan fast bowler Muhammad Amir is also fond of watching popular Turkish drama series "Dirilis: Ertugrul". Recently, the paceman took it to Twitter wrote that he thinks one of the actors from the series has a stark resemblance to Indian captain Virat Kohli.

Taking to Twitter,  Amir shared a photo of Turkish actor Cavit Cetin Guner who plays Dogan Bey in "Dirilis: Ertugrul". Dogan Bey essays the role of a warrior who is one of the most trusted friends of lead character Ertugrul. Amir's tweet received over 15,000 likes and over 2000 retweets within a few hours.

@imVkohli brother is it you m confused 😂 pic.twitter.com/kbwn31yjT6

The two-star cricketers are fierce competitors on the field but off the field, both Kohli and Amir often appreciate each other. Last year, Virat Kohli won the International Cricket Council's (ICC) spirit of the cricket award and the Pakistan pacer called him a great player while congratulating the batting maestro.

Ertugrul is being aired by state-run Pakistan Television on the directives of Prime Minister Imran Khan.