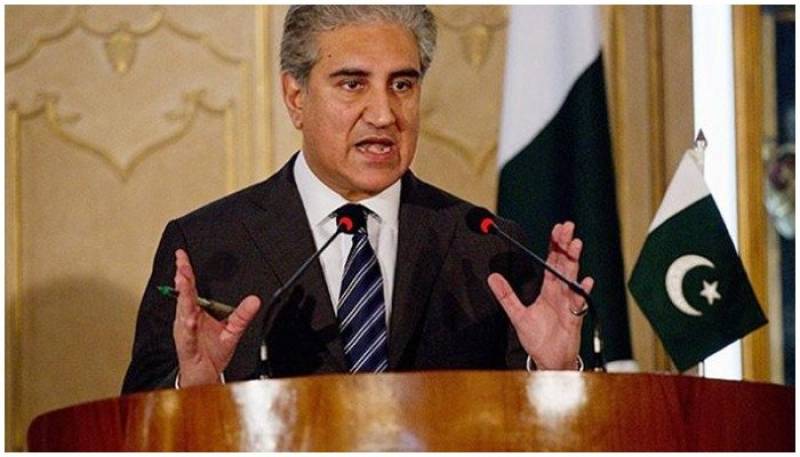 Speaking at the virtual Executive Committee of OIC, Pakistan’s Foreign Minister strongly condemned Israeli airstrikes in Gaza and the storming of the Al-Aqsa mosque.

Qureshi while slamming the Israeli authorities said ‘Support for the Palestine cause has been a defining principle of Pakistan’s foreign policy since our inception. Our founding father Muhammad Ali Jinnah was unrelenting in upholding the legitimate rights of the Palestinian people.

Adding that, ‘there are no words strong enough to condemn the systematic and barbaric crimes against the Palestinians. At this somber juncture, we reaffirm our unflinching solidarity with the government and people of Palestine.

As a member of the Executive Committee and the next Chair of the Council of Foreign Ministers, Pakistan remains ready to join hands with the other OIC Member States in any move to stop the ongoing bloodshed, and restore human dignity and human rights of the Palestinian people in the occupied territories, Qureshi concluded.

JERUSALEM – As Israeli forces stepped up their bombardment at Gaza amid ethnic cleansing of Palestinians, a ...