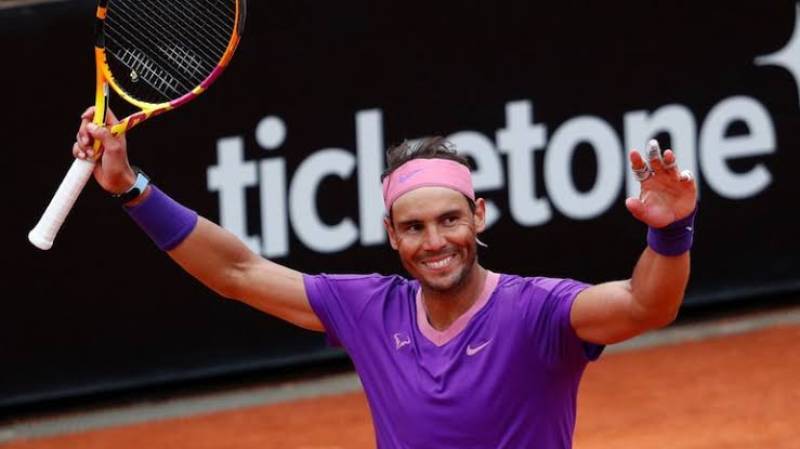 Rafael Nadal withstood a fightback from Novak Djokovic to clinch the Italian Open for the 10th time with a 7-5, 1-6, 6-3 victory.

World number one Djokovic came into the clash with a 29-27 head-to-head advantage, but on the Spaniard’s favourite clay surface he found Nadal too strong.

There have been some victory processions in Nadal’s previous nine wins in Rome, but he was made to dig extremely deep to get the better of his major rival.

It has not been the best clay-court season for Nadal, with surprise defeats in Monte Carlo and Madrid, but the win at Foro Italico will provide a confidence boost heading into the defence of his French Open title.

Nadal fended off a break point in the opening game with a cute drop shot, but Djokovic kept pressing and secured the break when Nadal threw a backhand into the tramlines.

The Spaniard looked frustrated at surrendering his serve, but hit back immediately and it was Djokovic’s turn to send a backhand wide to hand Nadal the break back.

Another round of La Decima for Nadal, this time in Rome! 🏆

The crowd at the Foro Italico was a long way short of capacity, but they made plenty of noise when Nadal tumbled to the floor in making a brilliant passing shot in the seventh game.

Nadal was furious that the line tape on the ground was not nailed down correctly, and made his feelings known to the umpire Carlos Bernardes. A hammer and a ball boy were sent out to remedy the problem, as Djokovic weathered the Nadal storm to hold serve.

Covered in red, Italian clay Nadal looked a little unsettled but he steeled himself towards the end of the first set and a break in the 11th game secured him an advantage and he held serve one game later to take the opening set.

Djokovic fended off a break point in the third game of the second set, and one game later he stepped up his hitting from the baseline to secure a break.

The second set was effectively wrapped up by Djokovic when he secured a second break of serve to move 5-1 to the good. One game later, the Serb set up a deciding set.

Nadal found it impossible to keep Djokovic at bay in the second set, but he began the third on the front foot with a dominant hold as he worked his opponent along the baseline.

He came under pressure in the fifth game, with Djokovic working a couple of break points. On the first, the Spaniard was on the back foot but produced a brilliant backhand down the line and a fist pump and ‘vamos’ greeted his hold.

It felt like a turning point and in the following game Nadal broke to love to move 4-2 ahead.

The conditions had more of a late autumn feel than late spring, and they were not conducive to Nadal's fizzing topspin. But the ball appeared to have more zip after the break of serve and he delivered some vintage shots to hold for a 5-2 lead.

Djokovic's aim was to make Nadal serve out the match, and he did just that after saving a match point on his own serve.

Nerves have troubled Nadal in big moments in the past. But on this occasion, with momentum behind him, he was able to close out the match and a 10th title in Rome.