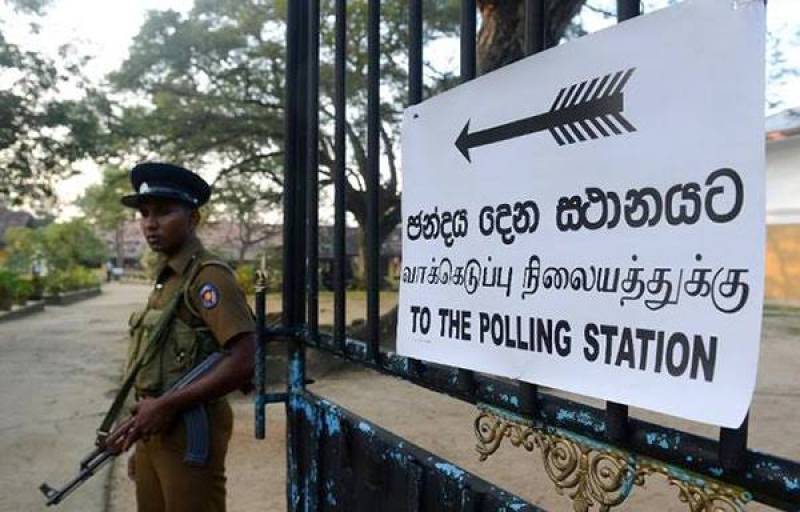 COLOMBO – Polling to elect new President of Sri Lanka is underway across the country.

In total, record 35 candidates are contesting the presidential polls.

According to Sri Lankan Election Commission, 15.9 million nationals are eligible to vote for which 12,845 polling stations have been established in the country's 22 electoral districts.

Historically, voter turnout for presidential elections has been high, with more than 81.5 percent of voters casting their ballots in the last election in 2015.

Army units have been deployed in major Sri Lankan cities to ensure order on the election day.

The measures come amid reports of an attack by unknown gunmen on a column of buses carrying members of minority Muslims in the island nation to polling places on Saturday morning.

The attack took place in the northwest of the country shortly before the opening of polling places. After setting up roadblocks, the perpetrators attacked the convoy of more than a hundred buses. They also hurled stones at the vehicles and set fire to tires on the road, paralyzing the traffic.

According to preliminary data, there are no deaths or injuries. The police are looking for the attackers.

The vote for top slot in Sri Lanka comes amid political instability. In the fall of 2018, the country experienced a political crisis caused by President Maithripala Sirisena's attempt to oust Prime Minister Ranil Wickremesinghe by replacing him with ex-President Mahinda Rajapaksa.

After the parliament refused to support Rajapaksa, Sirisena dissolved it, while the cabinet resigned. As a result, the country was hit by a wave of protests. The Supreme Court, however, later declared the decision to dissolve the parliament unconstitutional. Wickremesinghe was reinstated as prime minister.

The political tensions are exacerbated by the unstable security situation following the devastating Easter Sunday bombings by terrorist groups.