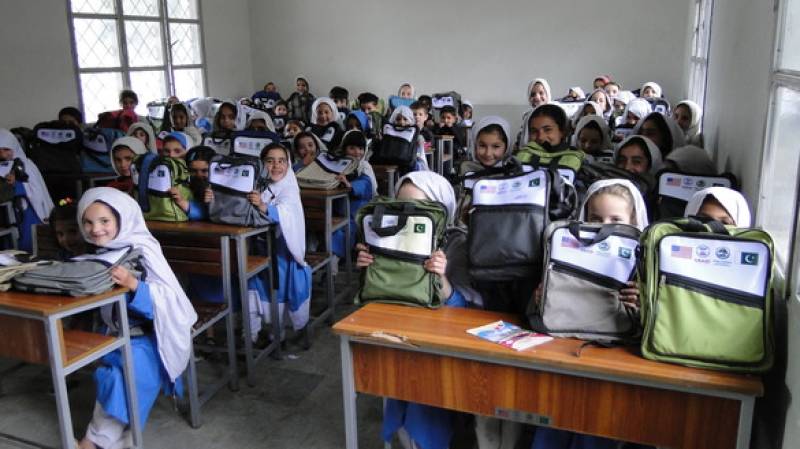 PESHAWAR – The Khyber Pakhtunkhwa Elementary Education Department on Monday decided to start double shifts in public sector schools in a bid to attract more out of school children.

The decision was taken at a meeting chaired by KP Chief Minister Mahmood Khan after it was briefed that a policy in this regard has been finalised in consultation with law and establishment departments. A committee has also been formed to implement the policy in letter and spirit.

Besides matter related to double-shift in schools, the participants were briefed about transfer of teachers under the E-Transfer policy and other important matters of the department.

The program will be launched in the schools only on need basis while a criterion to determine the need of any school has also been chalked out.

It was further told that teachers of the same school where double shift was to be started would be given priority for teaching, and if teacher was not available then the staff of nearby schools will be hired. A stipend structure was also approved in the meeting.

Briefing the meeting about E-Transfer Policy, it was told that teachers’ transfer will be made in the light of the policy for once in a year as per the academic year so that educational activities of the students are not affected.

Transfer of teachers from BPS-12 to BPS-18 would be made under the E-Transfer, while the posting transfer powers of grade 19 and 20 teaching cadre staff of the department have been devolved to the lower level.

The officials were also told about provision of missing facilities clean drinking water, electricity, wash rooms and boundary walls in the schools. It was revealed that facilities have been ensured at 21,385 schools.

KP CM has directed the officials to ensure the provision of facilities at remaining schools.