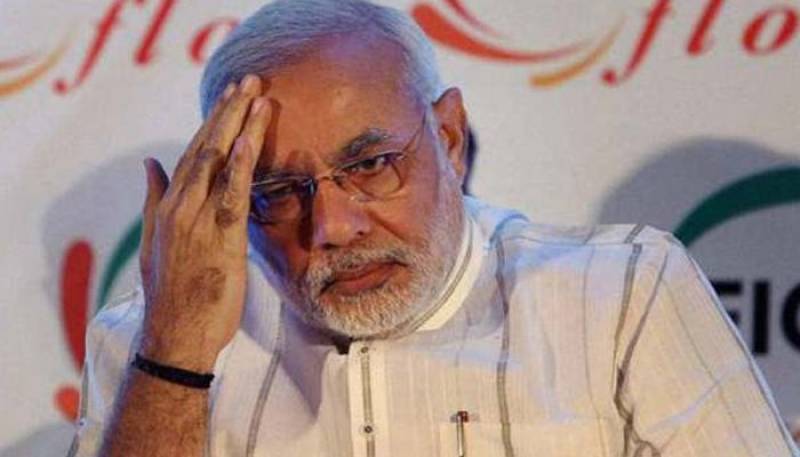 #IndiaDeservesBlacklist trended on Twitter with over 34K tweets on Monday. Following are the tweets shared by tweeples;

The dossier revealed that Indian agencies are using banned outfits such as Tehrik-i-Taliban Pakistan (TTP), Balochistan Liberation Army (BLA), Jamaat-ul-Ahrar (JuA), adding that they are being provided with weapons, IEDs, and ammunition with instructions of targeting police officials, religious scholars, and other notables to start another sectarian warfare.

In August 2020, India tried to unify TTP, JuA, and Harkat-ul-Ansar (HuA). The Indian government is even trying to form a consortium between TTP, BLA, Balochistan Liberation Front (BLF), and Balochistan Republican Army (BRA).

1. Being front-line state in the global war on terrorism, while Pakistan was making sacrifices in ‘blood and treasure', India was busy in stitching terrorist networks using her own soil and the spaces in our immediate neighbourhood and beyond.

2. Based upon incriminating evidences, we have compiled a comprehensive dossier, which uncovers Indian grand design of state sponsorship of terrorism in Pakistan to impede our trajectory towards peace, prosperity and economic recovery.

3. TTP and all its subsidiaries1 (JuA, HuA and LI) and various sub-nationalist entities 2(BLA, BLF BRA) are undeniable Indian proxies.

4. The evidences reflect that India has been financing, training, harboring and promoting Pakistan-centric terrorist entities for perpetuating terrorism and instigating instability in Pakistan.

5. Deliberate investigations have revealed that Indian Intelligence Agencies established connections with these organizations soon after they were flushed out from Pakistan as a result of a series of successful operations.

6. Corroborating evidences of terrorists funding trail reflect that during the past few years, India has invested more than PKR 22 Billion for nourishing these organizations.

7. Recent upsurge in violence in Pakistan is a direct consequence of Indian efforts to infuse new life into these banned outfits.

8. After supervising recent mergers of TTP with its breakaway factions, India is also endeavoring for the unification of various terrorist entities (TTP and Sub-nationalists) at one platform to synergize their efforts.

9. Indian patronage of sub-nationalists of Balochistan is designed to undermine, delay and disrupt CPEC.

10. Soon after the announcement of CPEC, India had established a dedicated CPEC call at RAW HQ 2015, to scuttle CPEC projects. The head of the cell directly reports to PM. The cell was initially allocated PKR 80 Billion for subversive operations.