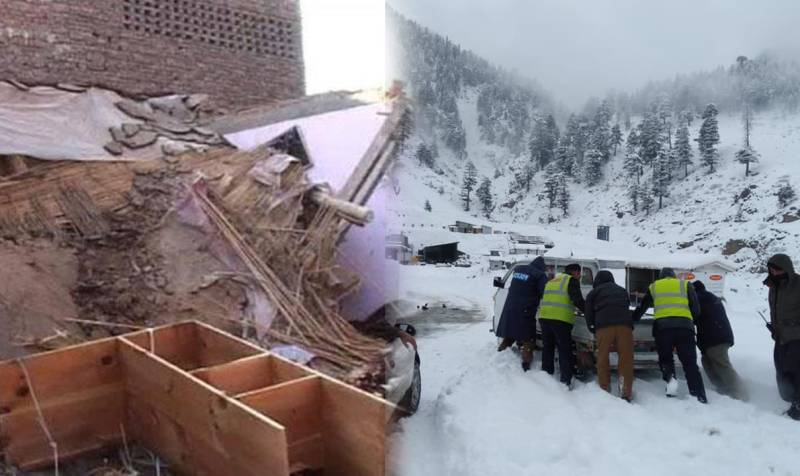 ISLAMABAD – The death toll from continuous rains and snowfall in the northwestern region has surged to 7, the Provincial Disaster Management Authority (PDMA) said Sunday.

PDMA said at least 16 suffered injuries amid the recent land sliding and roof collapse incidents. Five children were among the seven deceased.

The downpour and snowfall continued to lash parts of KP, triggering road closures and prompting the top provincial administration to issue directives to the authorities concerned to provide prompt relief to the landslide affectees.

In one such incident, a house was completely damaged and another was partially damaged while three cattle were also killed as roof sheds collapsed.

PDMA officials also visited Shangla and directed the local administration to provide relief packages to the victims of the landslide incident.

Chief Minister Khyber Pakhtunkhwa Mahmood Khan has directed district administrations across the province to stay alert in view of the ongoing spell of rains and snowfall.

Earlier, the Meteorological Department issued a red alert to the district administration for heavy snowfall in Murree and rain in the twin cities.

RAWALPINDI – Several roads leading to the country’s most visited hill station have been closed after the ...

Under the influence of the recent weather system, rain with thunderstorms and snowfall over the hills were expected in parts of the country.