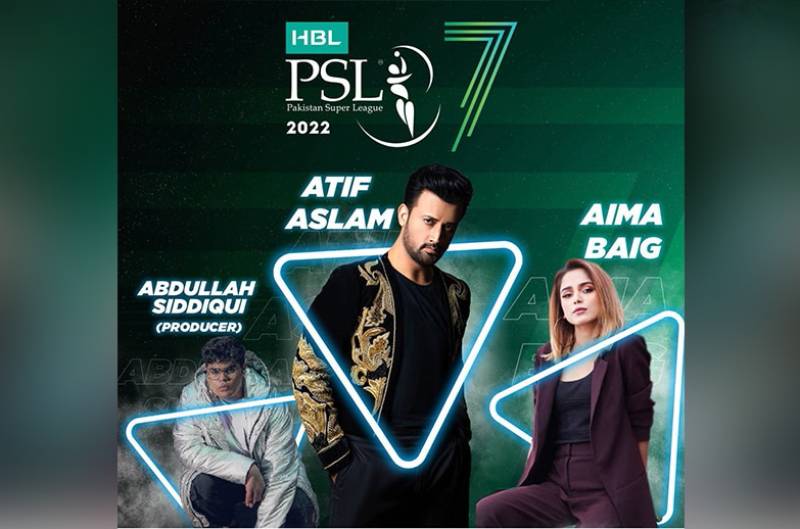 LAHORE – Desperate cricket fans experienced a burst of emotions on Sunday after they were treated with the teaser of the Pakistan Super League 7 anthem.

The clip shared by the PSL handle on Chinese owned platform started with smoke rising from the cricket stumps and continues to spotlights at a crowd cheering in a stadium.

A press release issued by Pakistan Cricket Board said the leading short-form video platform will sponsor the official anthem of the Pakistan Super League 7.

PSL anthems have a huge fan base and each season comes with top-quality music videos that ignited passion and excitement among the cricket-loving nation. In this season, singing ace Atif Aslam and popstar Aima Baig collaborated while Abdullah Siddiqui composed the anthem.

A report of a local news outlet claimed that Hath hawa mai uthalay, Shoor zara tu machalay is the opening line of the inspirational and motivational song which was directed to uplift the mood of the fans and the nation as the world is passing through tough and testing times due to the COVID-19 pandemic.

Last year, Aima Baig was featured in Groove Mera, which turned out to be a smashing hit while it also triggered some criticism.

On Thursday, an unverified snippet from the recording of the anthem for the seventh edition of the Pakistan Super League (PSL) went viral on social media, ahead of its official launch.

LAHORE – An unverified snippet from the recording of the anthem for the seventh edition of the Pakistan Super ...

The 21-second clip shows two performers -- Atif Aslam and Aima Baig -- enthralling the audience with their charged performance. It appears that a spectator secretly recorded the event through a mobile phone and later uploaded it on social media, giving a sneak peek into the upcoming anthem.

LAHORE – The Pakistan Cricket Board Saturday unveiled the commentators for the Pakistan Super League (PSL) 7, ...