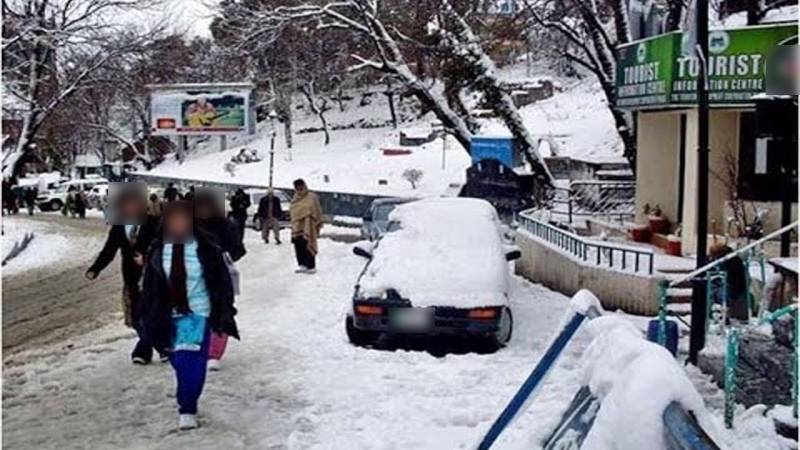 RAWALPINDI – Several roads leading to the country’s most visited hill station have been closed after the region received another spell of snowfall, weeks after around two dozen people froze to death amid a deadly blizzard.

Officials formed snow camps on the entry and exit points for Murree. The camps have been equipped with snow-removing machines.

Pakistan Meteorological Department has issued a red alert for Murree, Swat, Gilgit-Baltistan, and other areas and forecast a heavy snowfall.

Reports quoting SSP Operation and CTO said the Kuldana road and other thoroughfares have been closed while traffic personnel are busy guiding tourists to take other routes. CTO Rawalpindi was also present in Murree to assess the situation.

More than 1,000 vehicles are currently present in Murree, he said as the snowfall forecast has put the administration on high alert.

LAHORE - The Punjab government Wednesday removed the top administration of Rawalpindi and Murree over negligence that ...

Reports added that Rawalpindi Deputy Commissioner convened a meeting and directed authorities to prepare for the contingency plan days after the Met department predicted a new spell of snowfall in the region.

As the northern areas are covered with snow, several cities in Punjab receive heavy rain. The Met Office said the downpour may cause urban flooding in the low-lying areas.