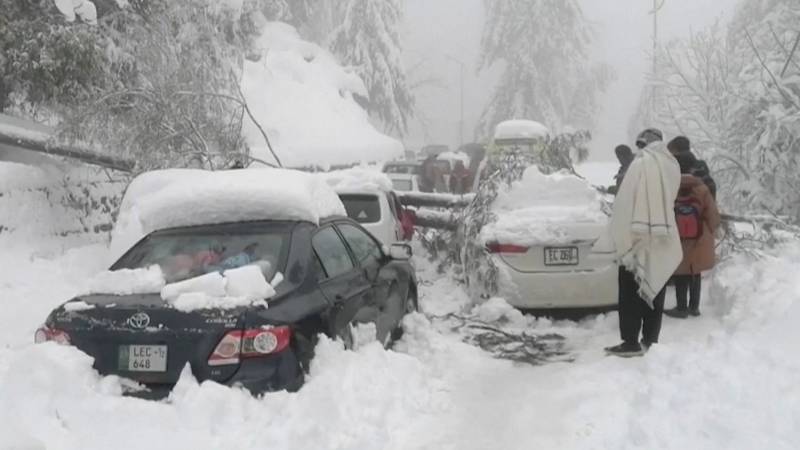 LAHORE - The Punjab government Wednesday removed the top administration of Rawalpindi and Murree over negligence that caused the death of 23 snow-tourists in the resort town of Murree earlier this month.

Punjab Chief Minister Usman Buzdar said that the action is being taken in light of the findings of a high-level investigation team formed following the tragic incident.

He revealed that action is being taken against 15 officials for showing grave negligence.

Buzdar said that the provincial government has recommended the removal of the Rawalpindi commissioner, adding that all remaining officers held responsible in the report have been removed from their posts.

The chief minister said that the government had fulfilled its promise of conducting transparent inquiry into the Murree incident.

At least 23 people died of cold and asphyxiation in the country’s most visited destination on Saturday.

Police said some of the victims froze to death in their cars, while others died from asphyxiation after inhaling exhaust fumes as their cars became stuck in the snow.

A number of videos of tourists stranded in Murree circulating on social media with many complaining about overcharging by hoteliers.