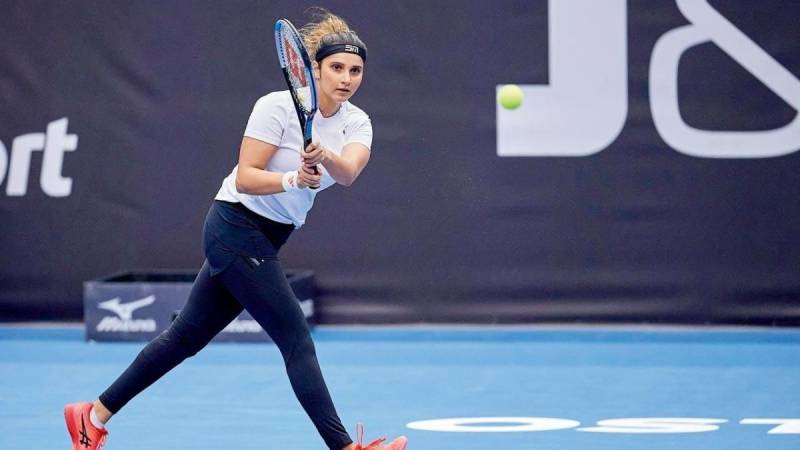 Sania, who is the wife of Pakistan’s cricket star Shoaib Malik, made the announcement after she and her Ukrainian partner, Nadiia Kichenok, suffered defeat in an opening-round loss in the women's doubles event.

"There's a few [sic] reasons for it. It's not as simple as 'okay I'm not going to play'. I do feel my recovery is taking longer, I'm putting my 3-year-old son at risk by travelling so much with him, that's something I have to take into account. I think my body is wearing down," NDTV quoted the 35-year-old athlete as saying.

"My knee was really hurting today and I'm not saying that's the reason we lost but I do think that it is taking time to recover as I'm getting older," said Mirza on Wednesday.

"There are more days than there used to be where I don't feel like doing that. I've always said that I will play until I enjoy that grind, the process which I'm not sure I'm enjoying as much anymore," the athlete said.

"Having said that, I still want to play the season because I'm enjoying it enough to play the year. I've worked very hard to come back, get fit, lose weight and try to set a good example for mothers, new mothers to follow their dreams as much as they can. Beyond this season, I don't feel my body doing it," Sania Mirza added.