TLP activists clash with security forces amid marching toward Islamabad 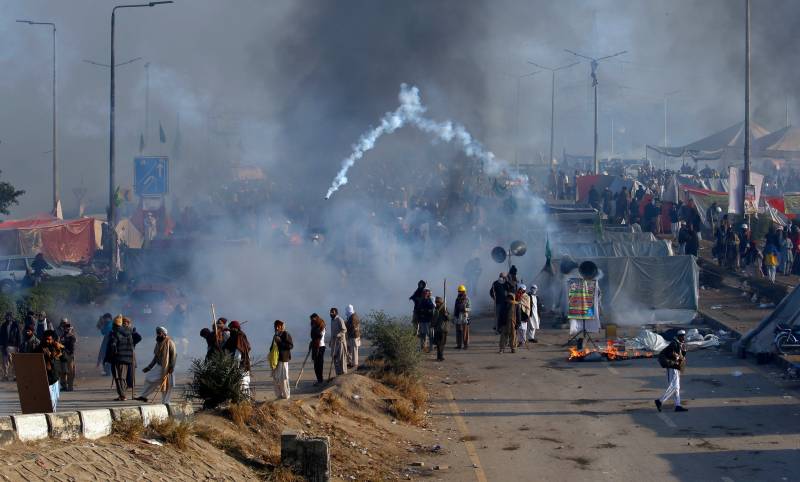 RAWALPINDI – A huge number of TLP supporters marched from Rawalpindi to Islamabad to protest against the publication of blasphemous caricatures.

Area of Liaquat Bagh presented a scene of a battleground as police and protesters of Tehreek-i-Labbaik Pakistan clashed on Sunday.

The official protester's number was said to be around 3,000.

TLP activists managed to reach Faizabad Interchange where they staged a sit-in. Streetlights on Murree Road and Faizabad remained switched off as the protesters marched on Murree Road. 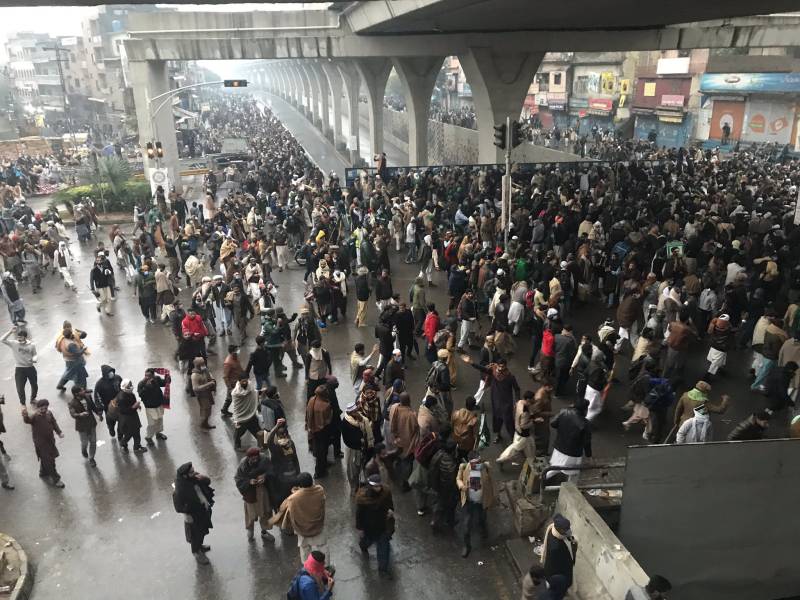 As the situation deteriorates riot police had to resort to stopping the protesters with tear gas. Amid clashes between security forces and protesters, several activists were injured and shifted to hospitals.

Intense shelling also affected localities of the adjoining areas as many citizens complained about the difficulty in breathing.

No mobile phone service in the entire Rawalpindi division since late Saturday night, the administration cut off the service to restrict and to bar communication among the protesters.

Earlier on weekend, police asked sellers on Murree Road and the adjoining markets to keep their businesses closed on Sunday.