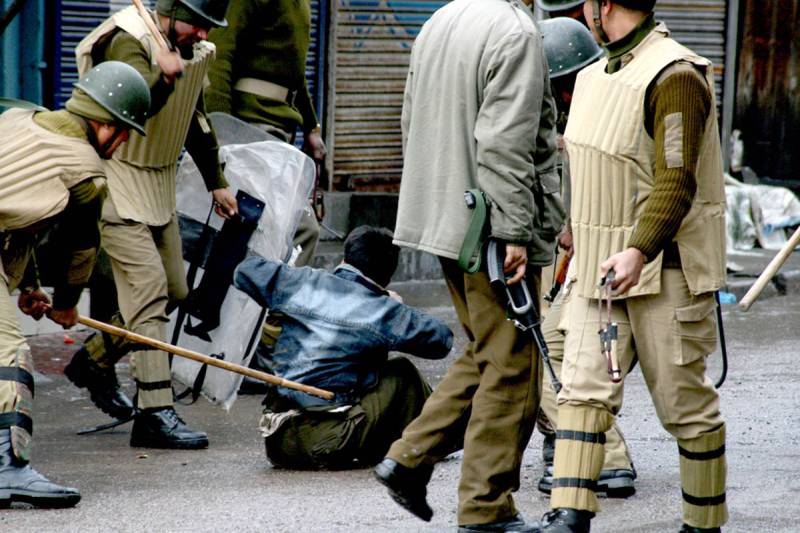 SRINAGAR (Web Desk) - Rebutting the Indian claim of Occupied Kashmir being part of India, the Jammu and Kashmir High Court has ruled that the State has never been part of India.

"Article 370 of Indian constitution that deals with the status of Jammu and Kashmir is beyond abrogation, repeal or even amendment," the high court said in its ruling last week.

“Article 35A gives ‘protection’ to existing laws in force in the State. Article 370 though titled as ‘Temporary Provision’ and included in Para XXI titled ‘Temporary, Transitional and Special Provisions’ has assumed place of permanence in the Constitution,” a division bench of justice Hasnain Masoodi and Janak Raj Kotwal ruled in a 60-page judgement.

“It is beyond amendment, repeal or abrogation, in as much as Constituent Assembly of the State before its dissolution did not recommend its Amendment or repeal,” the bench ruled.

The decision has been highly welcomed by the local parties and political figures representing the major population, Muslims.

According to the ruling, the Article 370 is a permanent provision of the Constitution and it cannot be abrogated, repealed or even amended.

“It is a welcome decision. There was a demand within and outside the Assembly that Article 370 should be safeguarded and the High Court’s historic decision is a welcome step. But now it a challenge for the J&K government and especially for Mufti sahib how to further strengthen it (Article 370) and restore those previsions of this Article which have been eroded over the years,” Hakim Yasin said in his press statement on Friday.

“Limited sovereignty or special status stands guaranteed under Article 370 of the Constitution," he added.

The PDF chief also urged the State government to take tough action against those elements who try to vitiate the peaceful atmosphere in the State.

“Whosoever tries to divide the State in the name of region or religion should be dealt with strong force and government should identify such elements and book them,” he demanded.

“Those who are trying to disrupt the movement of traffic on national highway should be identified and booked. It is the duty of the government to ensure that highway remains open as fruit season is at its peak,” he added.