Cockfighting — ‘Helpless’ rooster waiting for bail in Sindh for 8 months 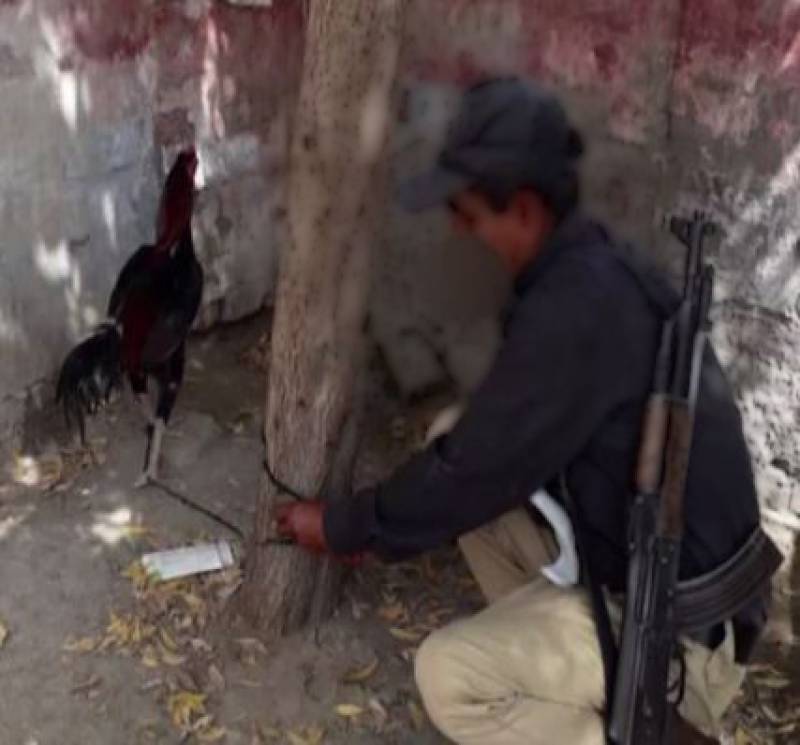 Karachi: A rooster is waiting for owner to get bail for previous eight months at a police station in Ghotki, Sindh after police nabbed the male adult chicken during a raid at a cockfighting event.

The bird has been detained at the Jarwar police station as a case has been registered against it.

A police official, according to local media, said that a raid had been conducted at a cockfighting event around eight months ago when some gamblers and the cock had been arrested.

He said that a case was also registered against the suspects, adding that the gamblers secured bails from the court but no one come for the bail of the cock.

“We have to take care of the cock a lot like feeding him and saving him from becoming prey of other animal,” he said.

In order to bar him from escaping, the police officials have also tied a rope around the leg to a tree.