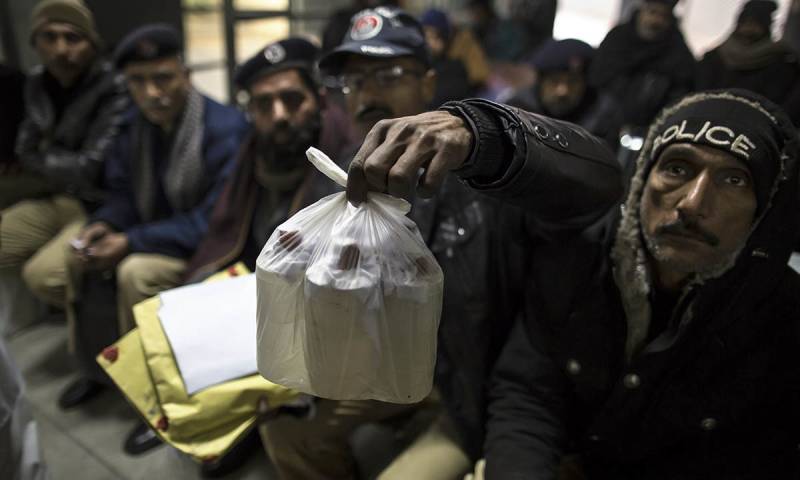 LAHORE - A policeman stationed in Lahore was suspended after a video of him purchasing and carrying alcohol was broadcast on national television.

Irfan Aslam, who serves at the Civil Lines Police Division, was filmed as he was buying a bottle of alcohol from a bar of an upscale hotel in Lahore, apparently for delivering it to someone else.

As soon as the video hit headlines on Sunday, it alerted the bigwigs of police prompting his suspension and initiation of departmental proceedings against him.

Apart from the action against Aslam, the law enforcers have started investigations against other cops involved in the activity.