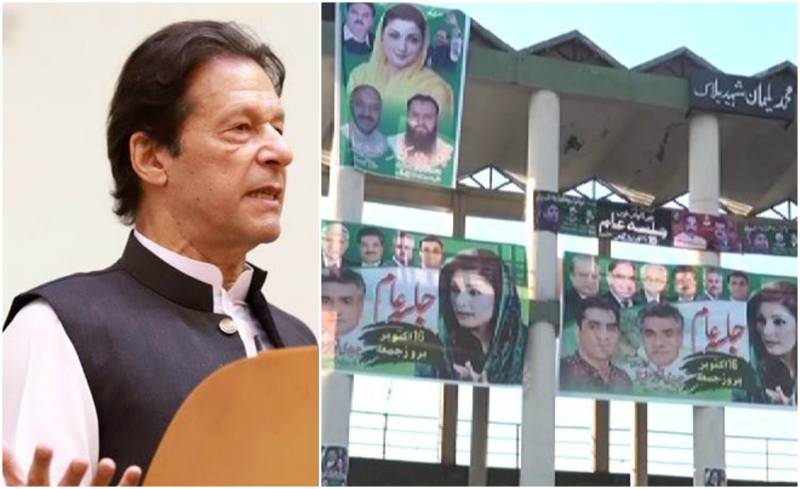 ISLAMABAD – Prime Minister Imran Khan on Friday said giving an NRO and comprising with the people was easy but it was nothing “devastation”.

“The tough decision always takes you ahead,” said the PM while addressing a ceremony after inaugurating N-Ovative Health Technology Facility at NUST Islamabad.

Khan’s remarks come just ahead of the country’s Opposition parties kicking off their first public gathering in Gujranwala today. The government has challenged to the Pakistan Democratic Movement (PDM) leaders to fill the city’s Jinnah Stadium with its supporters.

Top opposition leaders including JUI-F chief Maulana Fazlur Rehman, Maryam Nawaz and Bilawal Bhutto are scheduled to address the participants at the stadium.

The recently-formed PDM has announced to hold a series of protest rallies in major cities in the next couple of months to oust the “selected” government of Prime Minister Imran Khan.

PDM chief Maulana Fazl will lead the JUI-F caravan from Lahore’s Jamia Ashrafia to Gujranwala while the workers and supporters of the party have been directed to reach the rally venue directly.

PPP Chairman Bilawal Bhutto will reportedly lead the PPP workers from the residence of Qamar Zaman Kaira in Gujrat there to the stadium later in the day.

PML-N Vice-President Maryam Nawaz, while addressing a meeting held at the Jati Umra residence of the Sharif family, said the party leaders and workers were not afraid of arrests and they would actively participate in Friday’s rally in Gujranwala despite all blockages and arrests.