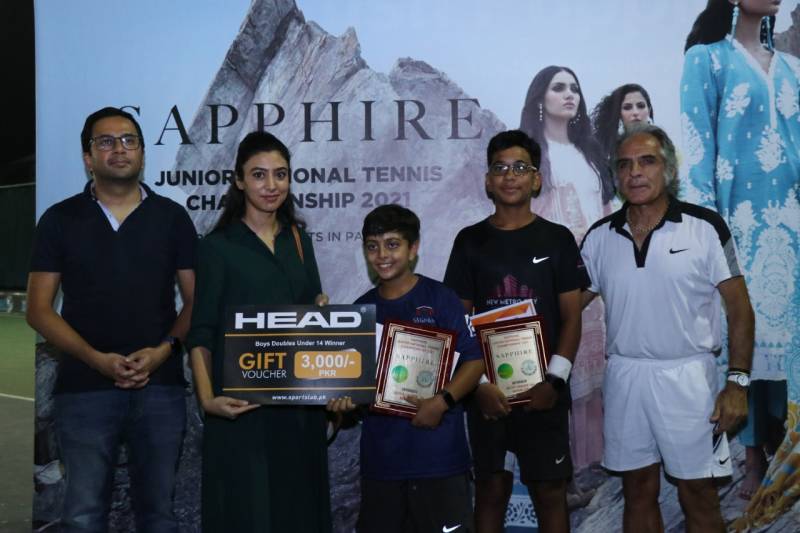 In the men's singles final, Pakistan No 1 Aqeel Khan continued his title winning spree and outpaced Muzamil Murtaza 6-3, 7-5 to add another title in his tally. After that, Aqeel completed the brace of title as he, partnering with Shahzad Khan, overpowered the pair of Muzamil Murtaza and Mudassar Murtaza 6-3, 6-2 in the men’s doubles final.

In the boys U-18 final, Bilal Asim emerged as title winner as he trounced Faizan Fayyaz 6-1, 6-1. Bilal then claimed the double crown, as he also won the boys U-16 title by beating Abdul Hanan Khan 7-6, 6-1. The boys U-18 doubles title was lifted by Mahatir Muhammad and Sami Zaib Khan, who toppled the pair of Ali Talha and Huzaima Abdul Rehman 6-4, 6-1. Bilal thanked his coach Rashid Malik for his able guidance and training, which helped him win double crowns in the event. He hoped to win more national titles by training and working harder.

The girls U-18 title was clinched by Amna Ali Qayum, who faced tough resistance from talented Natalia Zaman before winning the final 6-3, 4-6, 6-2. Amna also doubled his titles when she defeated Zunaisha Noor 4-2, 3-5, 4-0 to lift the girls U-14 title. Sensational Hamza Roman played his best tennis to tame high-flying Asad Zaman 7-5, 7-5 to win the boys U-14 title. 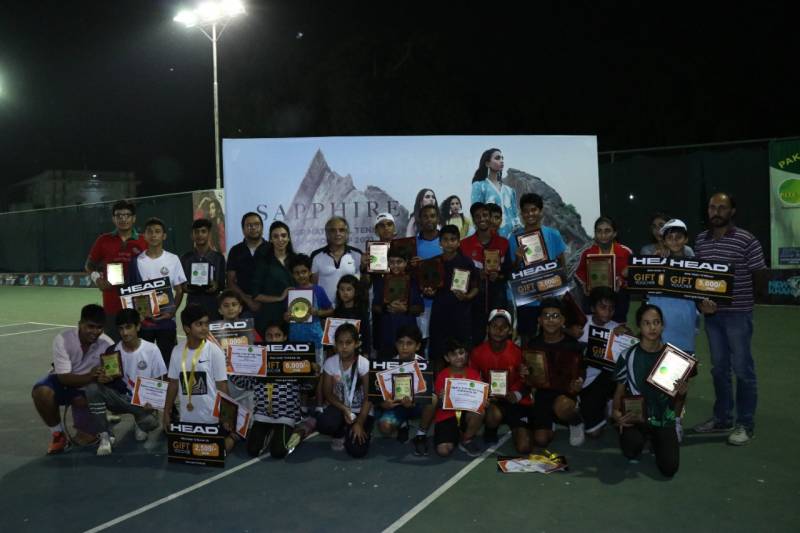 Zohaib Afzal Malik (SA Group), partnering with Abubakar Talha (Wapda), thrashed the pair of Shasawar Khan and Taimoor Khan 4-0, 4-1 to win the boys U-14 doubles title. Zohaib then doubled his crown when he, partnering with Abubakar Talha, defeated the talented pair of Hamza Ali Rizwan and Umer Jawad 1-4, 4-2, 10-7 to claim the boys/girls U-12 doubles title.

Rashid Malik thanked the sponsors especially Nabeel Abdullah for sponsoring this event, which was highly appreciated and enjoyed by all the participating players, who came from across the country to feature in this prestigious event. “I am grateful to Mr. Nabeel Abdullah and entire family for their generous support for the promotion of tennis and I hope they will continue this support for further flourishing tennis in the country.”