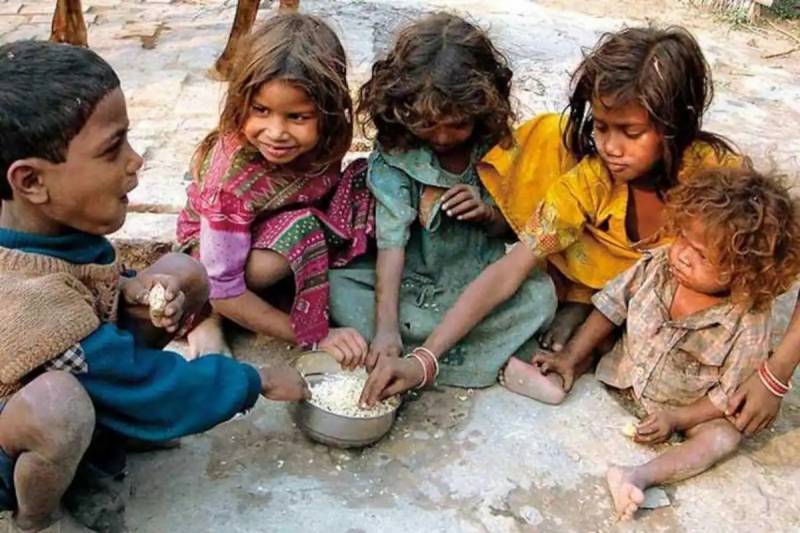 India’s position on the Global Hunger Index (GHI) 2022 has further declined as the country of 1.38 billion slipped to the 107th spot out of 121 countries, lagging behind Pakistan, Bangladesh, and even Myanmar, and Nepal.

As per the peer-reviewed annual report, jointly published by Welthungerhilfe and Concern Worldwide, this was the third straight year in which New Delhi’s ranking further plunged – it was previously ranked 101 in 2021, and 94 in 2020.

The South Asian nation with the world's second-largest military force got a score of 29.1, a hunger level falling under the ‘serious’, which is only below alarming and extremely alarming.

In the latest report, it mentioned that the country's child wasting rate is at 19.3 percent, while undernourishment prevalence soared from 14.6 percent, it said at least 225 million Indians are being undernourished.

Several cash-strapped countries including Pakistan, Sri Lanka, and Nepal performed better than India. Pakistan however stood at 99 with a score of 26.1 which was also labelled serious by the organisations.

Sri Lanka, the island nation which is facing its worst economic crisis ranked 64th and Nepal at 81st, and Bangladesh at 84th.

ISLAMABAD – Pakistan’s largest city of Karachi has been ranked the most polluted among the top ten major ...