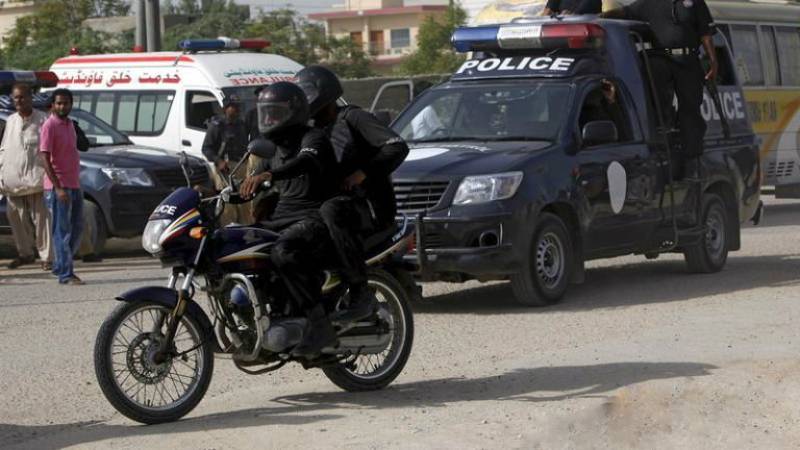 Senior Superintendent of Police (SSP) Naveed Khawaja announced the arrest in Defence (DHA) area of Karachi. He didn't say when the man, identified as Syed Sheeba Ahmad, was detained in the southern port city.

CTD added that an accused arrested from Lahore, identified as Hasan Ghazali, had revealed that Sheeba provided financial support to a hospital in Lahore for extending medical aid to injured terrorists.

He also influenced two militants involved in an attack on a busload of Ismaili Muslims in May that killed 45 people, SSP Khawaja told journalists.

"Sheeba Ahmed not only prepared Safoora attackers mentally but also extended complete financial support to them to execute the Ismaili community carnage," the CTD claimed.

He will be charged with terror financing, said Khawaja.

The CTD said that Sheeba, who is a resident of a posh area in Karachi, confessed to his association with Tanzeem-e-Islami.

"Ahmed was also providing financial assistance to AQIS," Khawaja said, referring to Al Qaeda in the Indian Subcontinent, a branch of Al Qaeda that was founded a year ago.

A press release issued by CTD said that Sheeba Ahmed runs chemical businesses in Pakistan as well as neighbouring Islamic countries, adding he uses the revenue proceeds from abroad to finance terrorists in Pakistan.

The arrest is a rare success for Pakistan's police force, struggling with militancy and corruption as well as crime.

After Taliban gunmen massacred around 150 people, mostly children, at an army-run school in December, the government vowed to crack down on militancy. Attacks have fallen sharply as the military has also pushed further into the lawless tribal regions bordering Afghanistan.

But militant groups remain a threat, and many have followers in Pakistan's cities, which fall under the control of the chronically under-trained and under-funded police force.

Ahmed, 52, used to give sermons at a mosque in Karachi's upscale Defence Housing Authority neighbourhood. His public sermons were moderate, but privately he encouraged radicalism, police said.

He served as a Pakistani air force pilot until 1998, said another counter-terrorism official, who spoke on condition of anonymity because he was not authorised to release the information.

Police are also investigating the suspect's possible links to the Islamic State group, which has recently made some inroads in Pakistan and Afghanistan. "We have seized his computers, which have Daesh messages," Khawaja said, using an Arabic acronym for the IS group.

Al-Qaeda's senior leadership is widely believed to be based in the rugged tribal regions along the Pakistan-Afghanistan border, where a number of senior operatives have been killed in recent years by US drone strikes and Pakistani military operations.