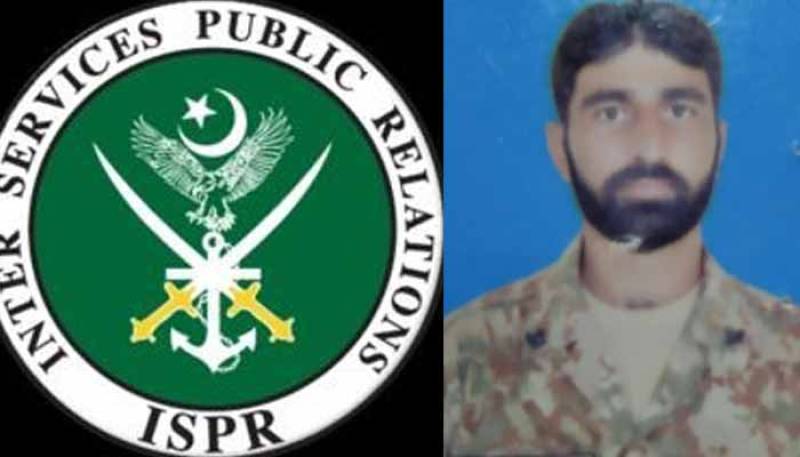 RAWALPINDI – A soldier of the Pakistan Army Naik Shoaib embraced martyrdom after security forces carried out an intelligence-based operation (IBO) in Awaran district of Balochistan province.

The security forces conducted an IBO on terrorist hideout in Silak Kaur area in Awaran district. One terrorist got killed while the other one detained.

A large cache of arms, ammunition and communication equipment were recovered from the hideout.

Earlier on Sunday, the security forces carried out a search operation in Jatt Bazar near Awaran district after receiving intelligence regarding the presence of terrorists and their facilitators in the area.

RAWALPINDI – A soldier of the Pakistan Army embraced martyrdom due to the unprovoked ceasefire violation by the ...