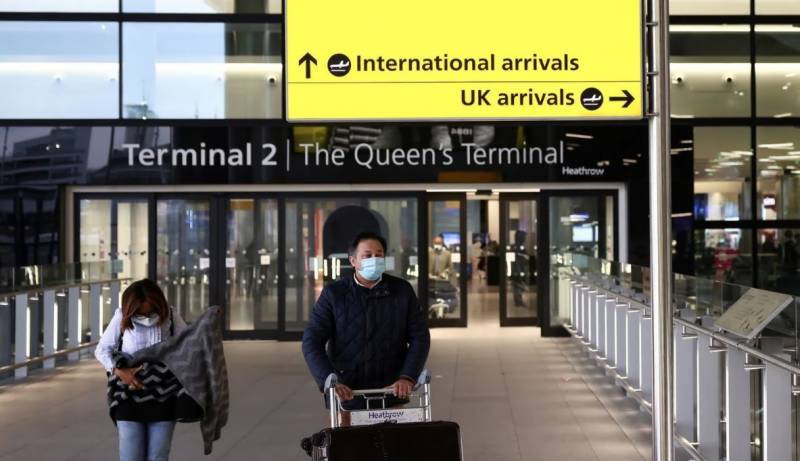 Data expert Tim White predicted that there were fifty-fifty chances of Pakistan’s being removed from the red list.

He said that Britain could lift the travel curbs on Pakistan to reunite the divided families.

The analyst added that the corona positive rate among the passengers coming from Pakistan stands at 3.2%, adding that Pakistan’s positivity ration is more than 5% despite decline in infection cases.

White said: "The rate of genomic continuity in Pakistan is also low."

"Pakistan is not even among the 50 countries that have submitted monthly genomic reports," he added.

In August, the UK issued revised travel policy and retained Pakistan on its red list after British authorities believed that the Covid spread is much higher than the reported figures in the South Asian country.

British Health Minister and the other Health and Social Care officials explained that the testing and sequencing rates in Pakistan are relatively low (1.8 per 1,000 over the last seven days) and the recent decision was based on the recommendations made by the Joint Biosecurity Centre (JBC) which produces public health risk assessments.

Such lags in infection reporting mean it is not possible to know the full genomic makeup of their current wave, it said.

“The limited sequencing data from Pakistan suggest that they are currently experiencing a Delta wave, however, given the limitations in the available data, we could not be reassured that the outbreaks are due to known variants such as Delta, or if a novel cluster(s) of new or high-risk variants are developing and/or driving the epidemiology in Pakistan”, the letter reads.

It also mentioned that British authorities are engaging constructively with Pakistan to improve data availability and confidence and consequently our understanding of the current epidemiology within the country.

LONDON — The British government decided to keep Pakistan on the travel ban red list because it believed the true ...