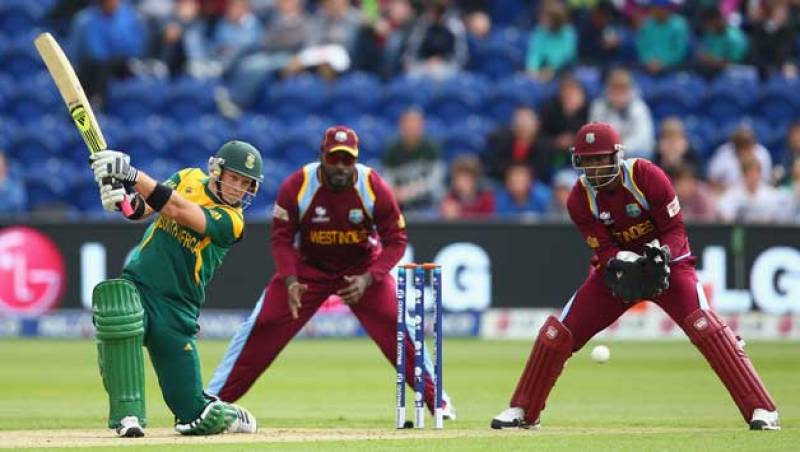 LAHORE (Staff Report) - West Indies Cricket Board officials on Sunday refused to send their cricket team to Pakistan to play an ODI series, the Pakistan Cricket Board (PCB) sources confirmed.

West Indies and Pakistan are scheduled to play two Tests, five one-days and two T20I matches in United Arab Emirates in September and October this year, and PCB had request West Indies to play ODI matches in Pakistan instead of UAE.

However West Indies, in a response to PCB's request, said that their team will not be able to play matches in Pakistan amid such vulnerable security situation.

Pakistan has hosted only one Test playing cricketing nation, Zimbabwe, since March 2009 when a group of terrorists attacked Sri Lankan cricket team in Lahore while it was on way to Gaddafi Cricket Stadium to play against host country.

After years of negotiations and backdoor diplomacy, the PCB was successful to convince Zimbabwe cricket team to play in Lahore’s Gaddafi Stadium in 2015. Pakistan and Zimbabwe played an ODI and a T20 series during the tour.

However, unfortunately, the country was unsuccessful to attract any other nation to play in Lahore or Karachi despite assurance of extraordinary security measurements.

Speaking at the opening ceremony of PSL, the PCB chairman Shaharyar Khan said he was hopeful about holding PSL in Pakistan next year or the year after that. But all of his hopes are directly linked with the willingness of international players to play in Pakistan in such a law and order situation.