Black hole of misogyny: Engulfing achievements of women since forever 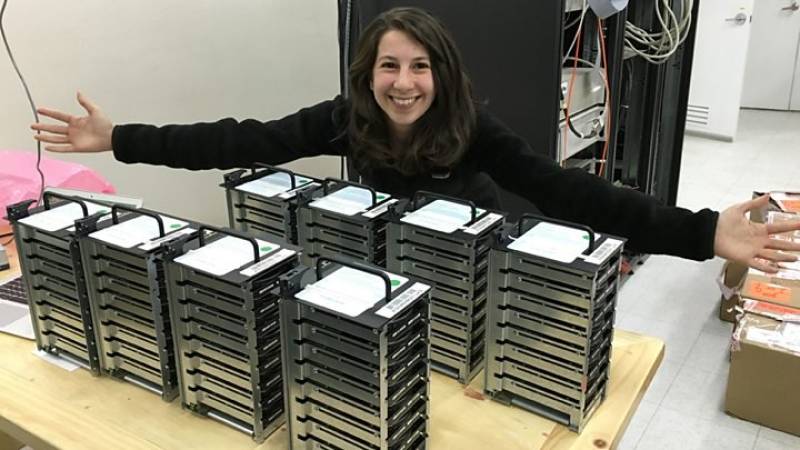 That historic first photo of a black hole was released to the public on Wednesday after years of work on an international project called Event Horizon Telescope.

Katie Bouman, a computer scientist, took the lead on creating the algorithm that made it possible to take the photo 55 million light-years away from Earth.

Bouman had only shared the algorithm details only with her colleagues until yesterday when a team of the Event Horizon Telescope unveiled the first image of a black hole.

According to the Event Horizon Telescope website, “This long-sought image provides the strongest evidence to date for the existence of supermassive black holes and opens a new window onto the study of black holes, their event horizons, and gravity.” In layman’s terms, this could change everything about how we think about the universe.

Three years ago MIT grad student led the creation of a new algorithm to produce the first-ever image of a black hole.

Bouman joined the California Institute of Technology as an Assistant Professor in 2019. She works on new systems for computational imaging She researches computational methods for imaging, and developed an algorithm that made possible the first visualization of a black hole using the Event Horizon Telescope.

Computer scientist Katie Bouman has become the face of the first black hole photo in history – and internet trolls are not pleased.

Trolls disputed that Bouman should be receiving the level of acclaim she was and said that the real credit should go to Andrew Chael, who was listed as a primary developer on Gitub – a development platform where you can host and review code, manage projects, and build software. Chael quickly came to the defense of his colleague with a series of tweets.

He told The Washington Post. he believed the trolling came from a place of pure misogyny, “It was clearly started by people who were upset that a woman had become the face of this story and decided, ‘I’m going to find someone who reflects my narrative instead.'” The trolls on sites like Reddit wrote that Chael alone was responsible for writing 850,000 of the 900,000 lines of code for the project which according to the developer is completely false, “I did not write “850,000 lines of code” — many of those “lines” tracked by github are in model files,” Chael said in his tweets. “There are about 68,000 lines in the current software, and I don’t care how many of those I personally authored.”

Women are mostly not taken very seriously when it comes to being recognised for their various achievements. Misogyny does not allow women to progress the way men do. There are examples of that in history that can prove that misogyny has always been a hindrance for women.

In December 1903, the Royal Swedish Academy of Sciences awarded Pierre Curie, Marie Curie, and Henri Becquerel the Nobel Prize in Physics, "in recognition of the extraordinary services they have rendered by their joint researches on the radiation phenomena discovered by Professor Henri Becquerel."

At first the committee had intended to honor only Pierre Curie and Henri Becquerel, but a committee member and advocate for women scientists, Swedish mathematician Magnus Goesta Mittag-Leffler, alerted Pierre to the situation, and after his complaint, Marie's name was added to the nomination. Marie Curie was the first woman to be awarded a Nobel Prize. She only received it after her husband took a stand for her.

Another example is of Albert Einstein's wife. The question whether (and if so, to what extent) Marić contributed to Einstein's early work, and to the Annus Mirabilis Papers in particular, is the subject of debate. Many professional historians of physics argue that she made no significant scientific contribution, while others suggest that she was a supportive companion in science and may have helped him materially in his research.

Misogyny needs to end if women need to be motivated. Women's contribution is important for survival.