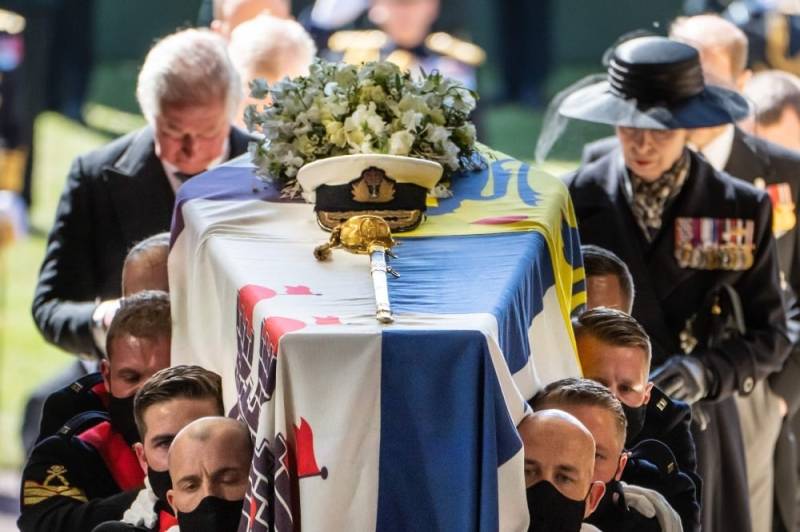 The 30-member ceremony, was held in Saint George's Chapel at Windsor Castle, and watched by millions on live broadcast, with the public urged to stay away because of the Covid-19 pandemic.

The Queen, 94, seen for the first time since his death, sat alone dressed in mourning black, with a white-trimmed, black face mask. 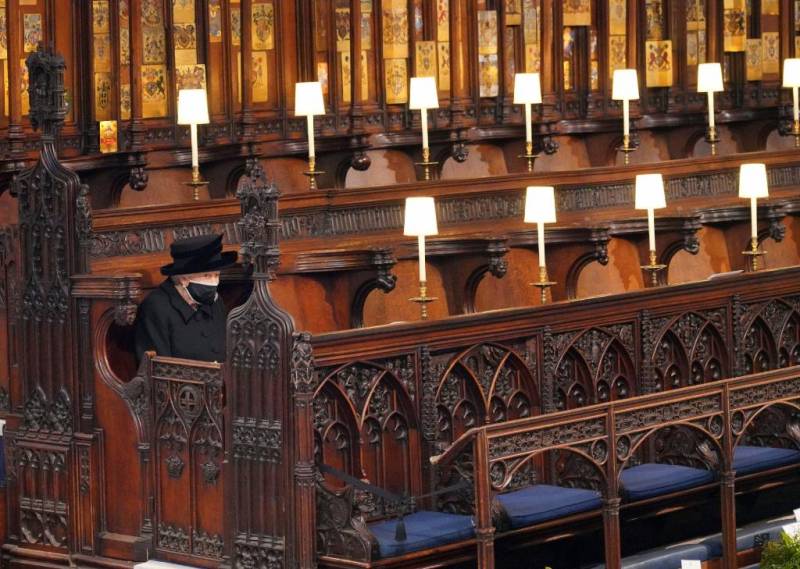 Earlier, the Royal family announced there will be no public march while all the mourners will wear masks, and the queen will sit alone at the funeral of the Duke of Edinburgh.

The funeral however followed military and royal protocols, with the armed forces personnel lining the funeral route to the artillery salutes. His coffin was borne to Windsor’s historic St George’s Chapel on a bespoke Land Rover hearse which he designed himself, repainted in military green.

The national anthem is sung by choristers during Prince Philip's funeral.

Military personnel including army bands, Royal Marine buglers took part in the funeral while a gunshot marked a minute’s silence which was observed across Britain on the stroke of 3 pm before the funeral service begins.

The royals described Prince Philip as ‘the grandfather of the nation” who passed away on April 9, weeks after spending more than a month for treatment of a heart condition and an infection.

He was an almost constant presence at the queen’s side during her record-breaking reign that began in 1952, as Britain rebuilt from World War II and as its global empire began to unravel.